The reasons for the disappearance of the rifles chambered in .404 Jeffery and the caliber itslef can be traced to the shortage of ammunition in markets, as well as decreased interest in weapons that use it. It’s a pity that such a cartridge, which can parry .375 H&H Magnum and .458 Win. Mag. is almost completely forgotten. At the turn of the 19th century, .450/.400 NE 3” started taking over as a favorite rimmed cartridge in dangerous hunts in African and Indian colonies. At the same time, the Mauser bolt-action system started its triumphant charge. Folks in “W.J. Jeffery & Co” recognized a perfect match and made a fortune on it.

It started with developing a cartridge with Nitro Express performance, but with a rimless casing suitable for Mauser operation. It was introduced in 1905 and called .404. Rimless Nitro Express, but hunters and enthusiasts started calling it .404 Jeffery. Another reason behind the birth of this caliber was that between 1898 and 1912, Mauser rifles chambered in .404 Jeffery were sold across the British Empire exclusively by “Rigby”. “Jeffery developed it’s .404 based on retired army rifle construction, which needed to have the locking and magazine redesigned. This cartridge is suitable for a standard Mauser receiver, with slight changes, as the receiver is machined to accommodate an 84 mm long cartridge. It meant that some of the receiver stock had to be removed. This combination was so successful, that “Mauser” abandoned its “A system” receivers and started making its pre-war rifles with “magnum” receivers, which could easily accommodate .404 Jeffery caliber. This change forced “John Rigby & Co” to develop their own new caliber .416 Rigby in 1911, and hopefully conquer a piece of the .400 caliber series market.

Some older Deutsche Waffen Magazin issues even made confusion in naming it .404×73. This can be explained easily if we know that in Germany calibers were named using a metric measurement system, so .404 Jeffery was dubbed 10.75×73. In this case, the misunderstanding resulted because of the Anglo-Saxon and German measuring systems, although .404 was a relatively new caliber while 10.75 had been used in Germany long before and was well known to the hunters. The latter was even used as a rimmed cartridge in elephant hunts, with an FMJ round, reinforced tip and muzzle velocity of 680 m/s. Mannlicher (10.75×57) and Mauser (10.75×62) even offered separate models in these calibers but without success.

After the First World War, the successful civilian Mauser rifle was combined with a 10.75×68 cartridge. It was advertised as a big game caliber. It even went to such a length that famous African lion hunter Hermann Potgeiter started calling his pre-war combined rifle chambered in 12/70 and 10.75×68 “an excellent lion remedy”. It fired a 22.5 g round with a partial jacket and one Brenneke slug.

It shouldn’t come as a surprise that .404 was the standard caliber of game wardens in Tanganyika, Kenya and Rhodesia. This claim can be fortified with another – this cartridge brought down more African game than any other British caliber. It was used by professional elephant hunters like Mickey Norton (1890-1918, Mozambique), Pete Pearson (1890-1928, Central Africa and Uganda), and even a legendary hunter and often quoted author John Pondoro Taylor. The last two bight batches of ammunition for East African game wardens, after which “Kynoch” completely abandoned production of this ammunition. “RWS” jumped in and offered its FMJ 10.75×68 cartridge in .404 Jeffery as well. At IWA Outdoor Classics in 1993, “RWS” introduced .404 Jeffery for the first time with partial and full jacket. These cartridges were abandoned after four years of production, only to be reinstalled later in 2005.

After the new Mauser bolt-action system, it was only a matter of time when something for big game hunters is going to appear, besides the expensive M98 Magnum. The answer came at 2005 IWA Outdoor Classics. Mauser M03 Africa has a familiar “magnum” receiver and a few very interesting features: six locking lugs, interchangeable barrel, interchangeable bolt handle knob and a very practical manual cocking. 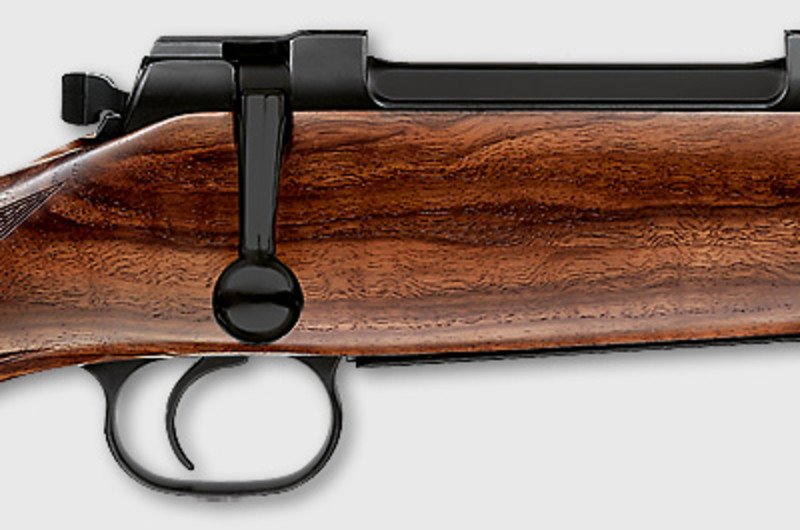 With its 650 mm long, 19 mm thick barrel, adjustable V-notch rear sight, silver 4 mm ball front sight and perfect trigger action, this rifle has all advantages of a premium big five hunting weapon. The “kick stop” mechanism that dampens the recoil makes the rifle comfortable to use. The 3-round detachable magazine can be attached permanently via a hex screw, so the rifle can be loaded in a traditional way, from the top. If you are tracking a wounded game, which is an extremely dangerous part of a hunt, and you are left with no rounds in the magazine, there is no way you can quickly load the detachable magazine with that cartridge you are holding in your left hand. Sauer 202 Hatari solved that problem with an innovative lever that fixes the detachable magazine with no special tools, turning it to a classic top loader. 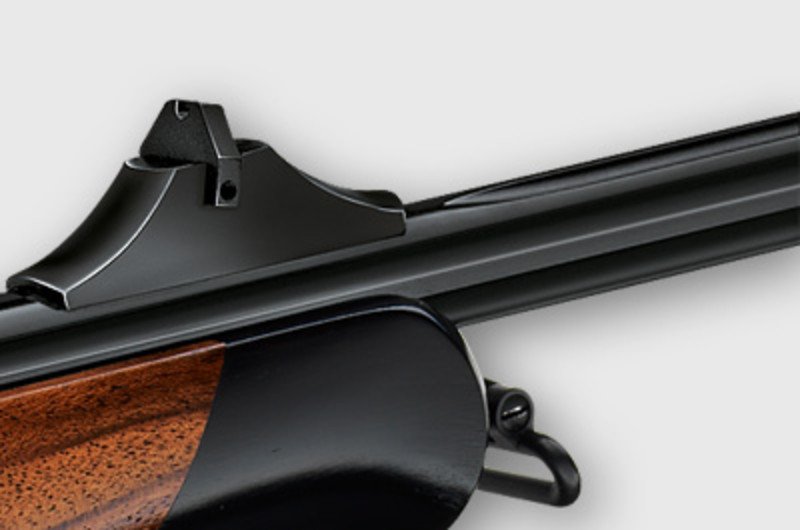 “Kynoch” company used to make ammunition with 19.4 g rounds, with a thin copper jacket that had a flatter trajectory and was perfect for the softer game. It was an attempt to copy the effect of the .375 H&H Magnum that was introduced in 1912. John Taylor discussed this round with the “Jeffery” management and got an answer that 300 grains rounds were developed for sportsmen from India and Ceylon, while heavier 400-grain rounds were for professional African hunters. Taylor believed that copper jacket rounds simply didn’t have enough penetrative power as it deforms at impact.

This claim works in theory, but in reality, it was only successful with cats, up to the size of a leopard. But with lions that have an exceptionally strong chest musculature, even with heavy antelopes, the round failed to perform. An old “Jeffery” catalog saved a testimony of a hunter who praised the 300-grain copper jacket round, saying that he used it to take down his two biggest trophies – a Ceylon leopard and a bear. He pointed out that he wouldn’t have thought twice to take it hunting the Cape buffalo. John Taylor commented on the testimony in his own manner, saying “We can only hope that he never tried something like that. Maybe he did, and that is why ‘Jeffery’ catalog never published more of his letters.” Taylor was criticizing only this type of round, as he gave praises to the other varieties of .404 Jeffery, saying that .404 Rimless Nitro Express is one of the most popular and most widely used big five calibers. It is worthwhile mentioning that he never used it much, preferring double rifles and their rimmed cartridge calibers.

With a proper load, .404 is capable of taking down any African game. Ballistic expert Keith Luckhurst explains how on one occasion, “A buffalo started running away and .404 got him a Portuguese leaf (shot from the rear that crushes the thigh bone preventing escape)… We found it deep in his chest… On another occasion, we shot an elephant cow that was coming right at us. She didn’t have a chance, I shot her in the head from 30 meters. Unfortunately, the shot landed 30 cm lower, so a buddy had to stop her in tracks with a .375 brain shot. My .404 penetrated the skull and went on, stopping between the spine and shoulders, in her lungs”.