Recently, a teacher in an elementary school in Utah accidentally shot herself in the leg in the school’s bathroom. The teacher had a concealed-carry permit and according to Utah law, there are no problems with this incident. A substitute teacher has taken over the injured teachers classes at Westbrook Elementary while she recovers at a hospital.

In Utah, it is legal to carry concealed weapons in public schools. Teachers who choose to do so are not obligated to notify school administrators that they’re doing so. Christopher Williams, a Davis School District spokesman said that as long as an employee has a concealed-carry permit they should be allowed to carry a weapon.

Moreover, parents are not allowed to ask teachers of their children if he or she is carrying a gun in the classroom. According to Ben Horsley, communications director at the Granite School district: “This would violate the intent and the strategic advantage of the ‘concealed’ weapon. The permit holder could expose him or herself to additional danger in case there is a shooter around.”Westbrook Elementary is a part of Mr Horsley’s district.

A pool performed in 2013 has shown that a majority of Utah residents think that teachers have the right to be armed in public schools. However, 82 percent believe that parents should know if their child’s teacher carries a firearm.

Miriam Walkingshaw, a florist and a parent of two children going to an elementary school in Utah said that this was bound to happen sooner or later. She is part of an advocacy group that aims to raise awareness of gun laws in Utah – Utah Parents Against Gun Violence. Walkingshaw claims that there are many parents who don’t know that teachers have the legal right to carry guns on school premises with if they have the right permit.

There and certain school districts that have policies that place certain restrictions on the teachers without violating state law. For example, in one high school, teachers who choose to exercise their right and carry a concealed weapon to school, must have it really concealed. If the gun is showing, the security guards would take action, Walkingshaw said. 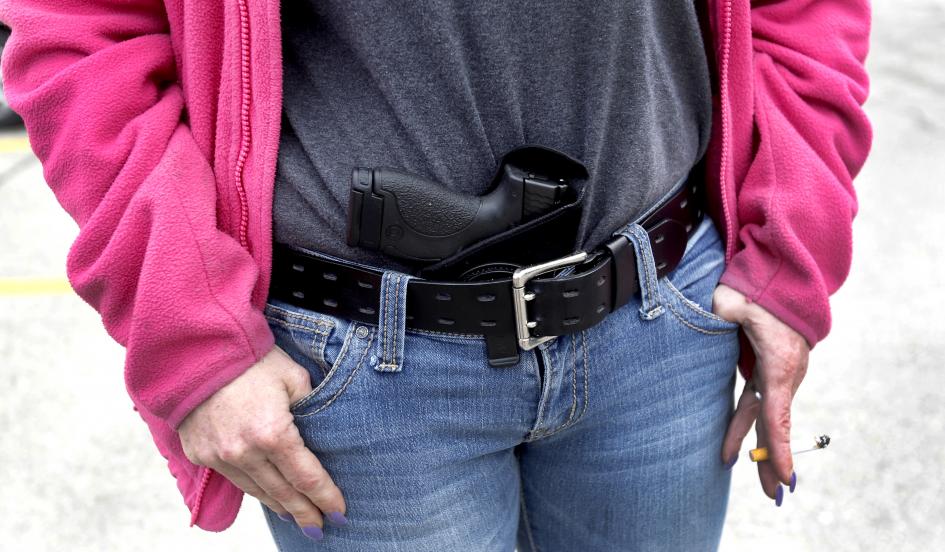 Some districts, like the Granite School District, have a rule that requires that teachers who bring guns to school carry them on their person at all times. This is intended to prevent them from leaving weapons in a closet or a bag, where students could potentially have access to them.

According to Horsley the teacher involved was by herself in the bathroom before the school started. No students or employees were present at the time or were in any kind of danger. Horsley further stressed the focus of his office on student safety and expressed relief that injuries sustained by his teacher are not life threatening and that no one else was harmed in the incident.

However, Walkingshaw is still adamant that even the most restrictive policies may not be enough. She pointed out additional dangers of allowing teachers to carry firearms to schools: “What if a teacher carrying a gun has a bad day? Or is a little mentally off?” she asks.