Home » The Infamous Assembly Bill 1964 Is Making A Return

The Infamous Assembly Bill 1964 Is Making A Return

California Governor Jerry Brown announced on Friday that he has signed Assembly Bill 1964, which aims to remove the exception of “single shot” on California’s “not unsafe” Roster of handguns. It goes into effect on January 1st, 2015, becoming section 32100 of the California Penal Code, and will practically stop Californian residents from obtaining “non-Roster” handguns for self-defense.

Brandon Combs, president of CAL-FFL comments: “I wish I could say that we were shocked by the Governor’s irrational decision to sign AB 1964. Sadly, the status quo for elitist Sacramento politicians is to ignore the Constitution and act with blatant hostility towards our Second Amendment civil rights and sound public policy.” 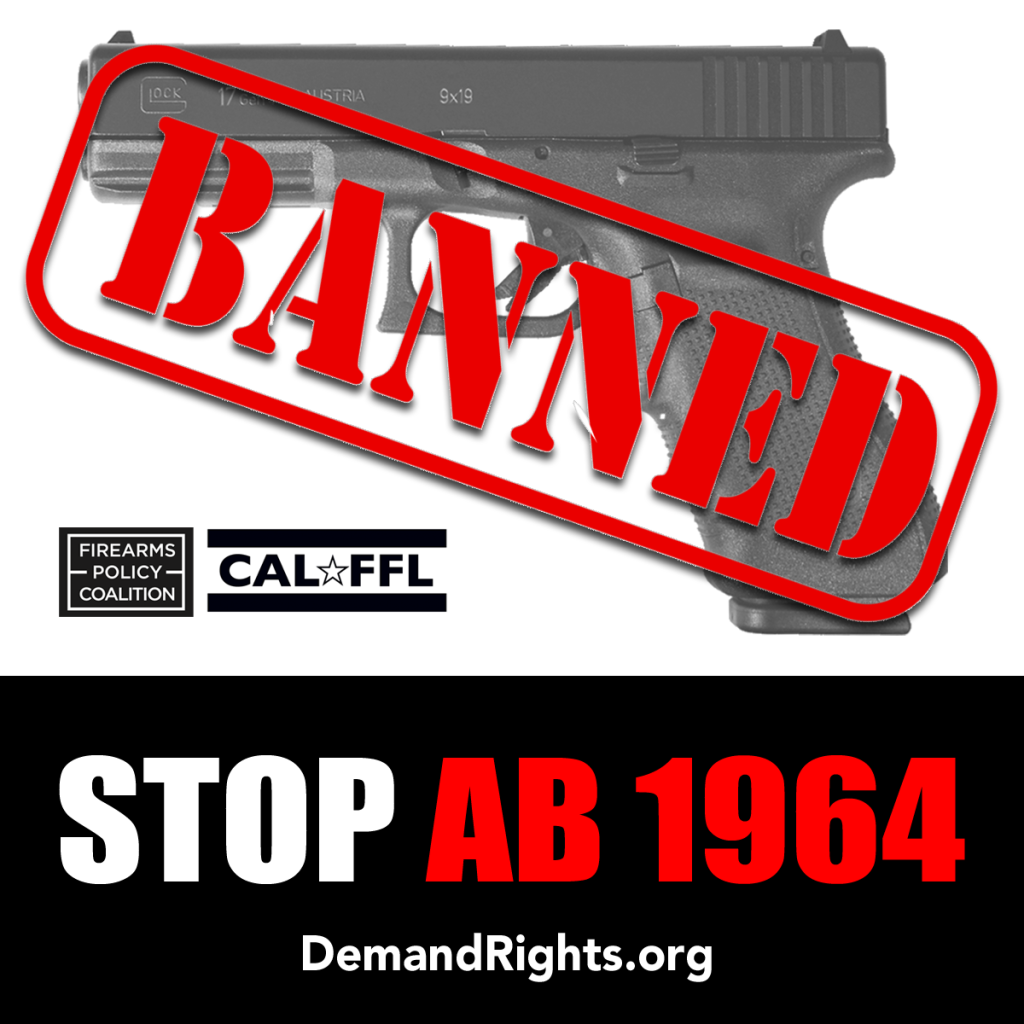 “While we are certainly disappointed by Governor Brown’s support of AB 1964, we are also more committed than ever to fight every last attack on our right to keep and bear arms,” Combs continues. “This is just one bill of many on our radar, and we encourage our friends in the firearms community to steel their resolve and focus on the upcoming battles in August when the Legislature reconvenes.”

Supporters of gun rights can send letters to members of the California Legislature as well as Governor Brown at http://www.demandrights.org/.

You can check CAL-FFL’s veto request and learn more about AB 1964.