Czech arms manufacturer of long barreled revolvers, Alfa-Proj from the city of Brno has recently made some interesting long barrel revolvers. They were presented on the 2013 IWA, where the company celebrated its 20 year anniversary.

Long Barrel Revolvers – Elegant and “By the Book”

Most remarkable revolvers come from their ALFA Steel series; Carbine 357 Magnum and ALFA Hunter in .22 LR/WMR caliber. They are an attempt to combine positive qualities of revolvers and long-barreled weapons in a compact package suitable for long term carrying and use in rough or forested terrain. Another category that prefers these firearms are the buyers from Great Britain, despite having to pay significantly more than other European customers. Restrictive gun laws in Britain do not allow citizens to own firearms except for competition purposes. Even then, guns are kept in clubs and used only on the firing range. Rules for hunting firearms are somewhat less restrictive. It can be kept at home and the procedure for receiving the license is far simpler, also there is a prescribed minimum barrel length for the weapon to be designated as a hunting weapon. 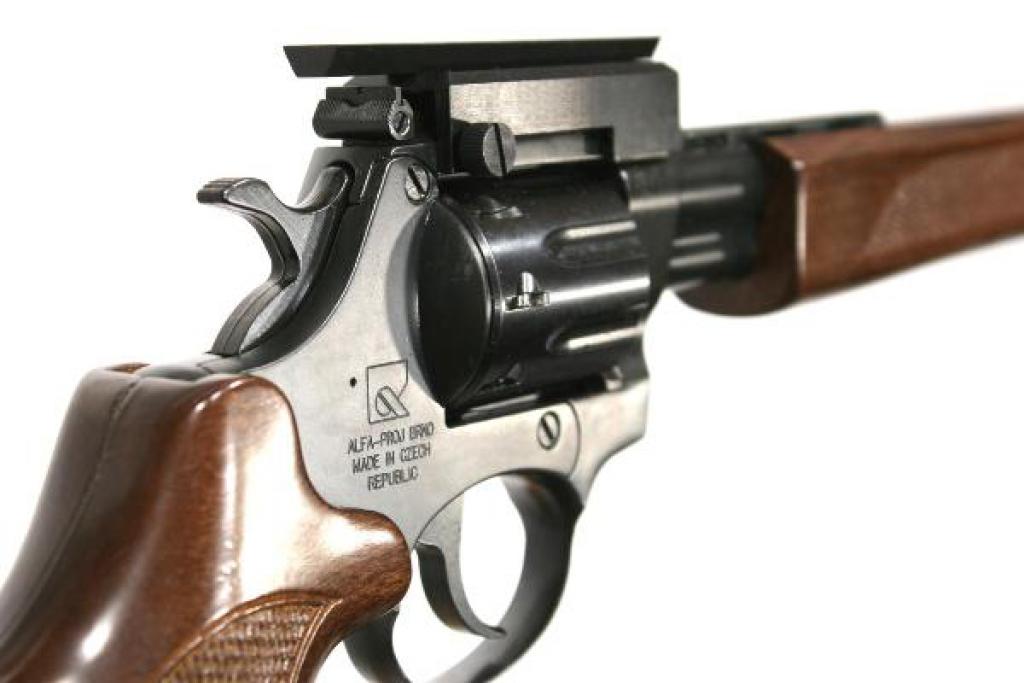 Alfa-Proj has found a way to satisfy these regulations and avoid extending the barrel to grotesque proportions. At the bottom of the forestock, there is a pipe that stretches all the way through the stock. If you remove this extension with a hacksaw, the gun will not lose any of its integrity or usability. Nor can that procedure be noticed without taking the weapon apart. “By pure chance”, classical revolver handle can be installed very easily, transforming a carbine into a revolver with a very long barrel that you can still carry concealed. Company representatives have said that “while they do not expect that behavior from their customers, there is nothing they can do to stop it.” In truth, most gun owners never actually perform the procedure, but some gun owners like to have the option. 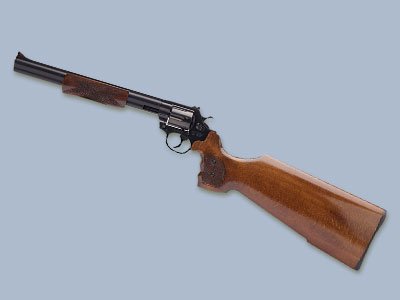 The concept itself is hardly new. These types of revolvers have been made before but have never been really popular or successful. The design does have some advantages. Revolver mechanics is robust and reliable and the weapon is easy to handle. DA/SA trigger mechanism, decent capacity and fire rate combined with a longer barrel increases effectiveness and range around three times when compared to short-barreled versions in the same caliber. The .38 Spl/.357 Magnum has a 12 inch barrel and weighs just over 5 pounds. Despite having a ramp below its barrel, whose sole purpose is to increase weight, the balance of this “carbine” is very good. Using a classical rifle shooting stance makes the weapon feel lighter than it is. Wooden forestock is comfortable and well positioned and adjustable rear sights make complete the overall feel of the weapon as a high-quality firearm. Cylinder release button is where it should be, comfortably slanted and easily reached with your right thumb. It requires only moderate pressure and the cylinder pops out easily.

The cylinder holds the usual six bullets and allows for use of quickloaders. SA firing is excellent, but it can be adjusted to work perfectly for any revolver anyway. Although it is by no means bad, DA mode could function better. The gun also has a safety lever that prevents firing if the weapon drops on a hard surface or if the hammer slips during cocking. It is really a set of excellent solutions… but what is it for? 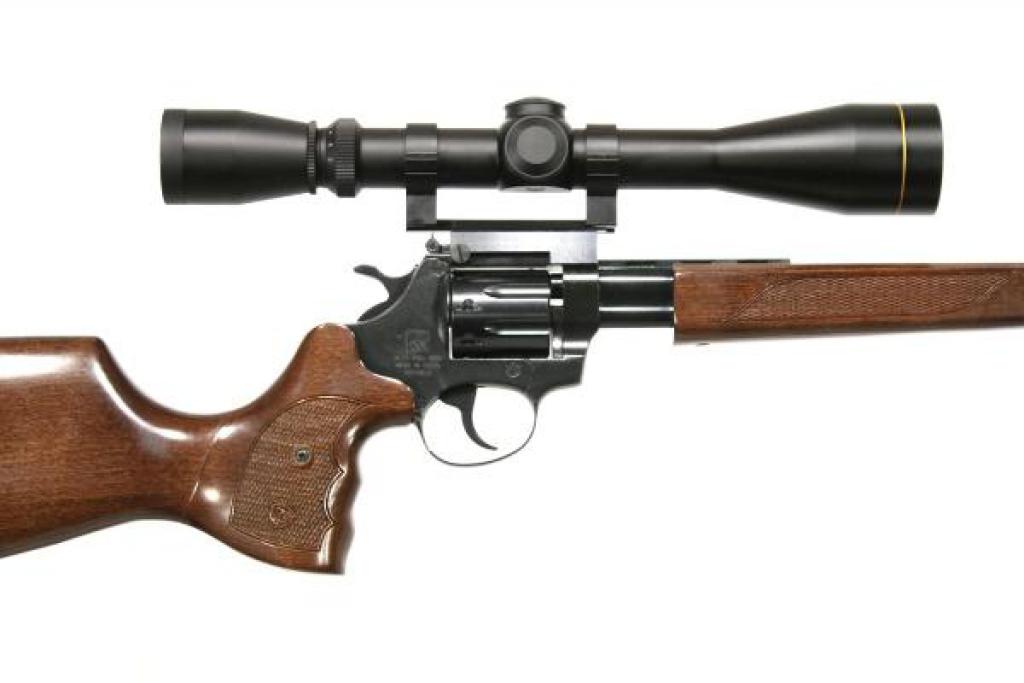 This is a powerful and lightweight weapon a good choice for campers, mountain climbers or anyone who spends extended amount of time in wilderness. The bullet stopping power is good enough for game hunting and defense against almost any animal. The construction allows the weapon to be loaded at all times and still be ready to use after long storage. Excellent for those preparing for the inevitable fall of civilization.

FN SCAR: This is my Rifle this is my Gun…
Browning A5: Autoloader with High Warranty