In the first half of the 19th century Franz Andreas Mauser worked as a main gunsmith in the Prussian state arsenal in the city of Oberndorf. His son Peter Paul Mauser was born in 1838, went to military technical school, and joined the military in 1859, in arsenal. Technically gifted, Peter Paul Mauser soon after offers his own patent to the army, a breech loading cannon. The conservatives in the military rejected the patent, without realizing just how revolutionary it was. It is then that Peter Paul Mauser turns his attention to rifles and in 1865, makes the first needle gun. The rifle was very advanced and safe, as the needle didn’t rest on the cap. Peter Paul gets a state credit and starts his own weapons company in Oberndorf in 1872. His brother Wilhelm Mauser was in charge of the economic and commercial aspects of the business. The German army still wasn’t ordering enough of the rifles, and in 1867 he starts cooperating with Samuel Norris from the famous US company Remington Arms. Solutions that Mauser implemented in his needle gun are soon accepted by the Belgian Liege and the American manufacturers. It is only in 1871 that the German army adopted the Mauser M71 as a weapon of choice. In 1872, the brothers bought and expanded the Oberndorf arsenal, where their father used to work. The orders soon started coming in from all parts of the world, Spain, Mexico…

The rifles are constantly improved upon, until M98 was developed and becomes a standard for the bolt action rifles. A lot of people don’t even know that the US made Springfield M1903 in .30-06 S caliber is a direct copy of Mauser M98. Even the US manufacturers were forced to pay the then enormous sum of $200,000 on account of patent abuse. Paul Mauser dies in 1914, but his factory is still working today. Most of the bolt action rifles made since then weren’t based on the M98, but they are great rifles none the less. We’d like to remind the readers of the excellent model 66, with a telescopic slide, M83, M86, M93, M94, M96, M225, and the contemporary M03. The M12 was inspired by the management’s and the construction team’s desire to offer a cheaper and simpler rifle to the customers, that will be just as reliable and accurate as the more expensive models.

So, the magazine can be easily replaced with a spare one, by simply pressing the button located in the groove in front of the magazine. However, you can also reload the clip from the top, bullet by bullet, when the bolt is opened. The magazines have a recognizable Mauser logo on the bottom.

Barrel locking system is an essential part of every rifle, and this one uses the same system as Saur 101. Mauser M12 uses 6 locking lugs distributed in two rows under the angle of 120 degrees. They lock directly into the barrel. This provides for a short 60° bolt lift. One of the logs has a wide spring loaded hook extractor, that works on the push feed principle. Mauser mostly abandoned the M98 control feeding system. 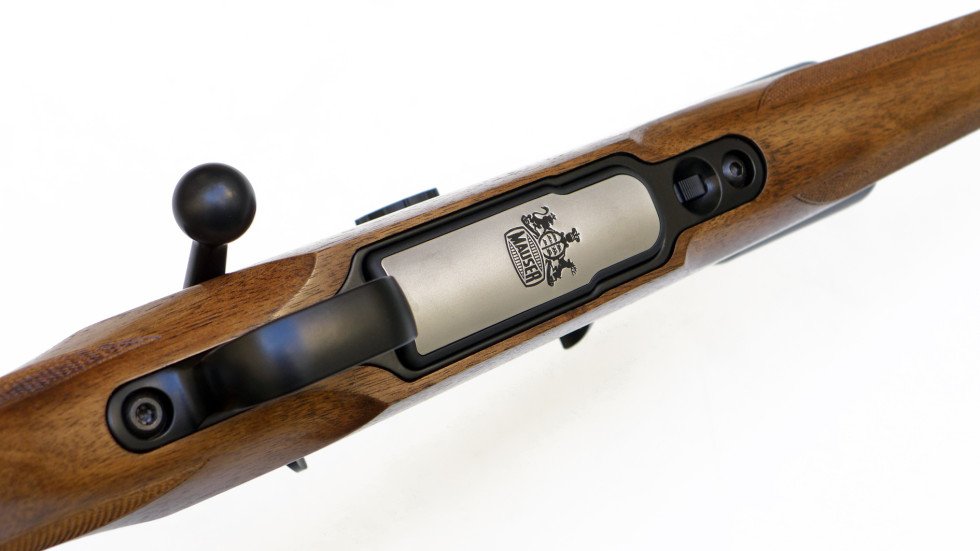 The front part of the bolt and direct barrel locking are made in accordance with the latest solutions. The rear of the bolt on M12 is an original Mauser solution. This involves a brake with a large, three position, lever. When the lever is all the way back, the weapon is completely secure, the middle position allows you to unload the barrel, or reload the magazine, while, when the lever is in the frontal position the weapon is ready to fire. This is denominated by a large, red “F”. The rear part of the bolt holds a red ring, which is easy to see, or to feel with a finger during the night and indicates that the mechanism is locked. The rifle comes with a factory adjusted trigger. This cheap solution has been masterfully implemented here. The trigger is quite sensitive and fires at forces of 0.95 daN.

Old Mauser rifles similar to M98 were selling amazingly well, which prompted the manufacturers to make the new model with the same receiver bridge that M98 had. This allows us to mount any kind of scope that we could use on the classic Mauser rifles. This is just another benefit that might be able to save the customers some money. The customer can buy the rifle with or without the iron sights. The back sight with a U groove is direction adjustable, and slightly inclined. The barrel, both the 56 cm standard one and the 62 cm magnum one, has a finely crafted muzzle with a concave grooves. This is just another example of Mauser’s commitment to quality. All of the important parts of M12, including the receiver, are made of steel. Still, the rifle is not too heavy at 3.1 to 3.2 kg, which makes it one of the lighter threaded barrel rifles. This was made possible by the use of high quality steel and the direct locking system. 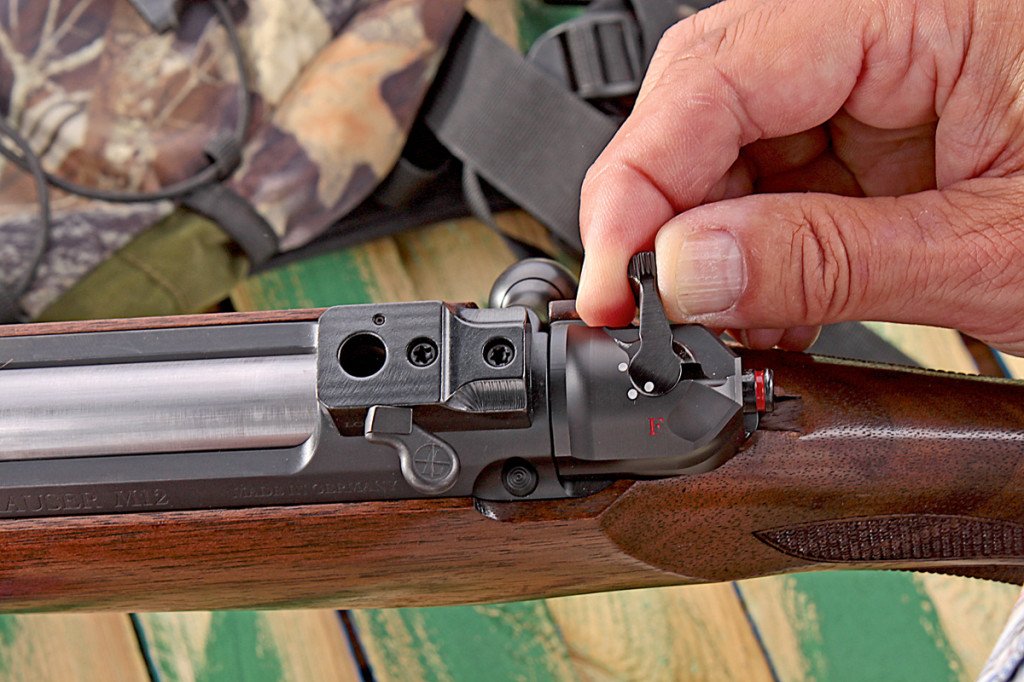 Mauser M12 comes with a walnut stock with a Mauser logo. The walnut is of adequate quality, finely checkered. Apart from the walnut sock, M12 also comes with a synthetic dark grey stock, with an M12 Extreme mark. This indicated that the stock is capable of enduring extreme conditions. They come with a bolt lever ball made of the same material.

Regardless of the choice of the stock, M12 is a great and affordable rifle. The finishing is great, the slide moves nicely, and the locking is nice and easy. The safety is accurate and silent. Magazines are easy to replace, and we especially like the fact that you can reload the magazine from the top. It is also fairly easy to find good optics and the trigger system is almost perfect.