Kai USA Ltd. is a part of a much larger Japanese corporation doing business under the same name, but the reason we are mentioning it is because it incorporates a famous knife manufacturer, Kershaw.

Like most of the other larger manufacturers, Kershaw also moved a part of their production to China and Taiwan to suit lover budgets as well but majority of their production is still kept in their manufacturing facility in Tualatin, Oregon. Basically, their marketing team realized that the market is quite opened for a brand that would offer knives that have been ‘made in USA’ from start to finish. Ken Onion was already an established knife designer, and as one of the people who originally adopted the idea in 2006, he and Kershaw joined forces to come up with the ‘Zero Tolerance’ brand. The name itself has layers of meaning, as besides the zero tolerance in the production and the famous cop TV show, it also evokes the well known crime fighting policy formulated in the 1990s by Rudolph W. Giuliani during his time as the mayor of New York, which was meant to decrease the violent crimes rate in the city. Anyway, the resonating name and the slogan “Serious Missions, Serious Knives” got them quite a bit of attention from the general public, but it is their quality and perfectionism in manufacture that earned them the reputation that they can boast today.

A True Representative of Folders

The first models were, naturally, designed by Ken Onion. His knives are characterized by very broad blades with doubly curved edges in the shape of an elongated ‘S’. This provides for an apparently longer edge, which is more efficient when it comes to cutting, but is also more difficult to sharpen. Additionally, for this to actually get to shine in practical use, the knife has to be at least 6.6 to 7.8 inches long, which means that the recurve blade on folders has a mostly aesthetic role. In the beginning, the demographics for which Zero Tolerance knives were made mostly included soldiers, police officers as well as fire brigade and rescue teams. Their users only had praise for these knives. The use of high quality materials, adequate ergonomic solutions and recognizable design soon attracted other customers who wanted a reliable toll with military background. It turned out that the new brand was a complete success. 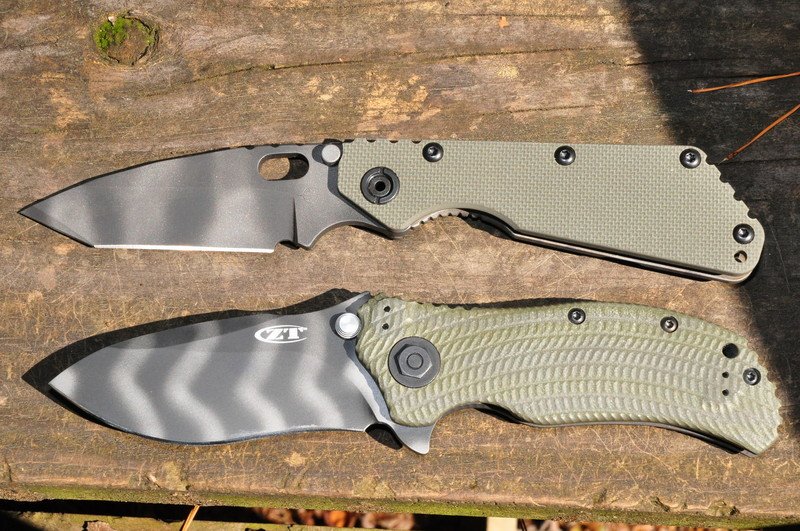 One of the most popular models is ZT-0300, a true representative of heavy folders for tough jobs. The blade made of S30V steel, the titanium construction of the handle and powerful R.I.L (reeve integral lock) are just some of the things making this knife exceptional. The thickness of the 3.75 inches long blade provides it with strength and endurance, but the fact that it is very broad has another advantage, namely the small edge sharpening angle, so ZT-0300 can cut just as deep as thinner knives. The base of the blade holds a flipper that protrudes from the top of the handle when the knife is folded. It is enough to pull it with your index finger for the speed safe system spring to instantly launch the blade in the working position. Of course, you can also deploy with the help of thumb studs located on each side, but the assisted open option is much faster.

However, it is the handle that sets this knife apart. It’s large and allows for a comfortable grip, regardless of whether you have gloves on or not.  One side holds the G-10, while the other has finely carved titanium. This kind of processing is not too common even on full-custom knives, which cost quite a bit more. The carefully polished surfaces won’t be uncomfortable on your hand, not even during longer work sessions, and they will also prevent any slipping, even if your hands are wet or greasy. The BW version of this knife looks especially appealing. It got its name from the special chemical Black-Wash finish that gives the cool washed out look to the treated surfaces. ZT is also the first large manufacturer that offers this option, which has so far been reserved only for handmade knives.

With almost half a pound of weight, ZT-0300 is, all its qualities aside, still too heavy for an EDC knife when an average user is concerned. The solution has been found in the ZT-0350 model by the same designer. Some 0.47 inches shorter blade, and a liner lock in a flat handle with thin G-10 grips, reduced the mass by almost 0.22 pounds, while the adjustable clip allows for 4 different ways to carry the knife. This has been one of the top selling models from this company for years now. With good reason too, as even with all the simplifications and the fact that it is significantly lighter, it managed to keep most of the efficiency and quality of the ZT-0300 model.

Even though Ken Onion is one of the founders of the brand, he still cooperates with other knife makers. Rick Hinderer, who is considered one of the most popular knife makers in the USA is one of them. This former fireman from Ohio has been designing knives for 30 years now. One of the knives he designed for ZT is ZT-0560/561. This fascinating knife has as 3.75 inches long blade, made of the new hi-tech elmax steel, the components of which are powdered before mixing, which provides for a more homogenous composition and a finer material structure. Blade deployment is made easy with the flipper, and even though the knife doesn’t have an assist open spring, the blade moves smoothly and quickly thanks to the patented KVT ball bearings on the axis. The handle sports 3D motifs, with a comfortable texture on the titanium side. 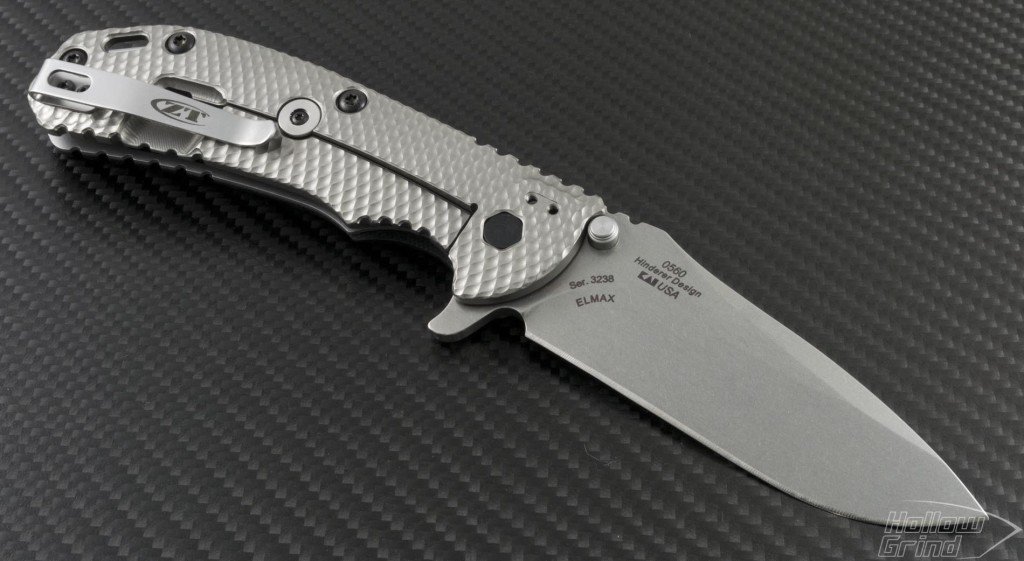 Those who want a smaller blade can choose between ZT-0566, which is a proportionally smaller version of the 0560, or ZT-550, which is a great EDC choice. Apart from these knifes, Hinderer also contributed to the manufacture of ZT-0562, which is actually a complete copy of his most successful model XM-18, with a slicer blade. 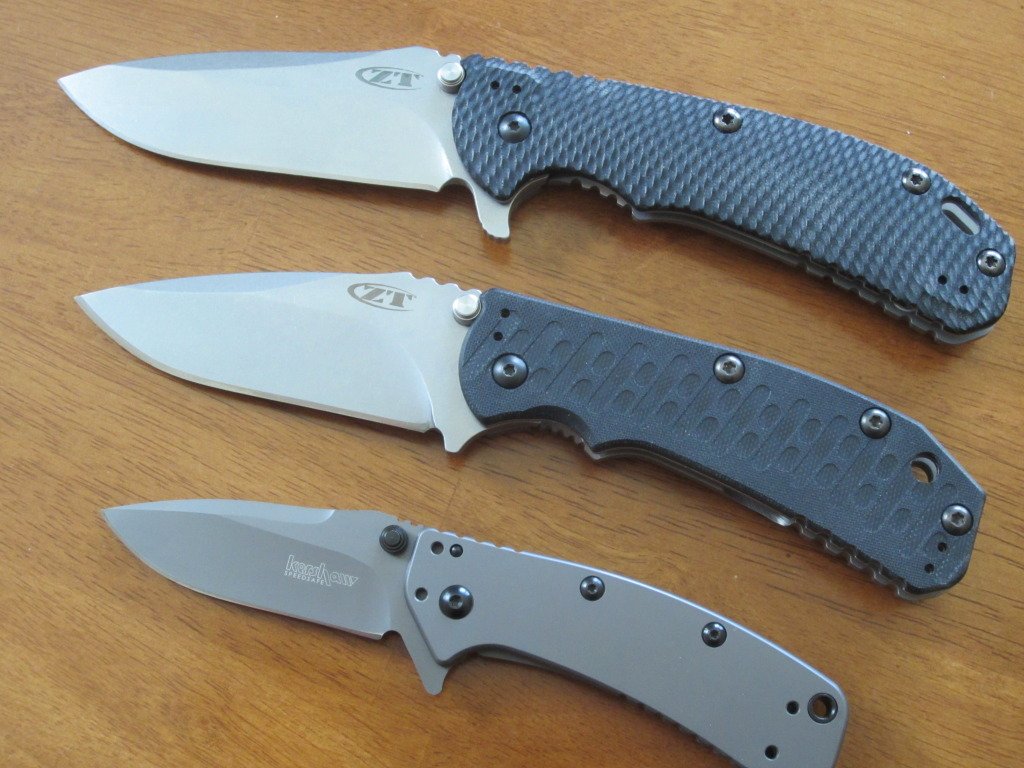 The fixed blade knife ZT-0180, is completely based on the Hinderer’s Fieldtac knife, with the same dimensions and a vanadis 4 extra edge, coated with wolfram for protection. Proportionate to the size, the blade is too thick, and would probably be more efficient with a different profile, however, Hinderer claims that the knife is meant to be used by soldiers in the field, where it is often employed as an improvised crowbar or a hammer. This is exactly why ZT temper their blades to slightly lower hardness than might be optimal for different types of steel. This protects the knives from breaking, and the manufacturer from having to respond to complaints too often.

Tomahawk became a tactical tool for the roughest conditions during the last decade. This piece of thermally processed metal has little left to do with the light battle axes made famous by the American Native warriors. The contemporary tomahawk is a combination of a door busting tool, tire changing lever, a dangerous point capable of piercing a military helm, and the axe of questionable use value (at least when it comes to chopping wood). This exactly describes ZT-0102, which is made out of one piece of vanadis 4 extra steel, made lighter with a triangular hole in the head of the axe and which holds G-10 grips.

Zero Tolerance is considered one of the premium folder knife manufacturers. Compared to the competition that offers dozens of models, a modest selection of ZT models might seem a bit sparse to some, but almost every one of their knifes is a well thought out, well made, appealing tool that you can put your trust in. They are serious knives for serious missions.

Zbrojovka P-09: Ready for Duty
No Gun Policies In Shops And Restaurants – Desired By Most Americans? 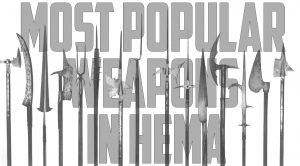