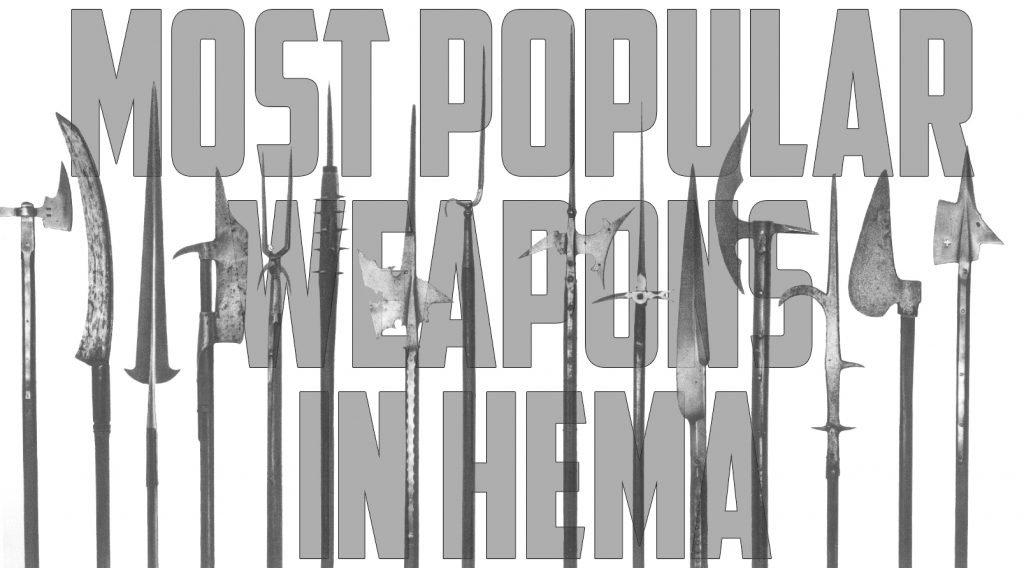 Most Popular Bladed Weapons in HEMA

For humans, martial arts is not a foreign concept. In the early days, humans have spent their lives finding methods to prevent harm from other living beings. Many ancient techniques are gaining serious popularity in the world of martial arts in the twenty-first century. One of the terms is HEMA. HEMA or Historical European Martial Arts is a martial practice that is related to the cultures of Europe.

If you are someone who wants to know more about HEMA, then all the information available on the internet can be pretty overwhelming. This article intends to guide beginners about HEMA and its weapons.

Longsword is the most commonly used weapon in HEMA training. This piece is carried with both hands and is not a defensive weapon; instead, it is used for dueling purposes. The longsword was also called hand and a half sword in early times. It is said to be the definitive weapon of the fighter in the late Middle Ages. This HEMA weapon was popular from 1300 to 1400 yet remained popular as a sports object till the 1700s. The design of the longsword was intricate, with blades 40 inches long. The grip was 10 inches and weighed approximately 3 – 5 pounds. The more advanced versions of the longsword are similar to present-day fencing weapons. Many different types of swords are part of Japanese martial arts, such as the ever-famous Katana Sword, which was used by the samurai fighters of feudal Japan during the 11th century.

Dagger is said to be one of the smaller weapons in HEMA. The blade of the weapon is double-edged and used for thrusting and stabbing.  This kind of weapon is often used for defensive purposes when the target is in close range. The dagger was a regular weapon utilized by the Middle Ages and Renaissance fighters.

It is a long medieval dagger but a short sword. Both sides of the blade are sharp and can be carried through a girdle or at the back. Two Anelaces can be combined for paired fighting styles when using a dodging dagger and sword.

Poniard or Poignard is a type of dagger which was used by the fighters of the Middle Ages and Renaissance. Poniard was a secondary tool used for stabbing the target in close-range combat.

The stiletto is often called a small knife. It is a dagger with a long and slim blade with diverse designs. In the past, the stiletto was commonly used for stabbing. The narrow exterior of this type of dagger allows the fighter to achieve deeper and penetrative assaults on the opponent. The early designs of the stiletto had a single-piece cast metal with a hammer-forged blade.

Later in the 14th century, many weapons changed into their advanced faces. They developed complex heads with a thrusting tip. The typical long ax acquired an armor-piercing spike at the back. Another complex part was the haft used for thrusting. This is when the long ax transformed into the Poleaxes. It contained an ax blade, a back spike, and a hammer. This weapon had the most incredible efficiency; that’s why it became one of the favorite weapons of the fighter at that time. This was used till the 16th century.

Another name for halberd is Swiss Voulge. It is a double-handed pole commonly used in the 14th to 15th centuries. In 1279, Ii was initially recorded as a Hellembart. And it is believed that the term Halberd is driven by the German language. The German words are Helm (helmet), Barte (ax), and Halm (staff). This type of ax consists of a long blade with a fixed spike on the long shift. There is a hook or thorn at the back of the weapon’s back which helps in the grappling of mounted opponents.

Martial arts are gaining popularity every day by the changing focus of the mainstream media. The interest often develops in Historical European Martial Arts after an individual wonder how a specific type of sword works in a fight. The above-provided list of weapons is for those who seek guidance and want to learn HEMA. Pick any weapon you are interested in and start exploring how you can get training to start your journey.