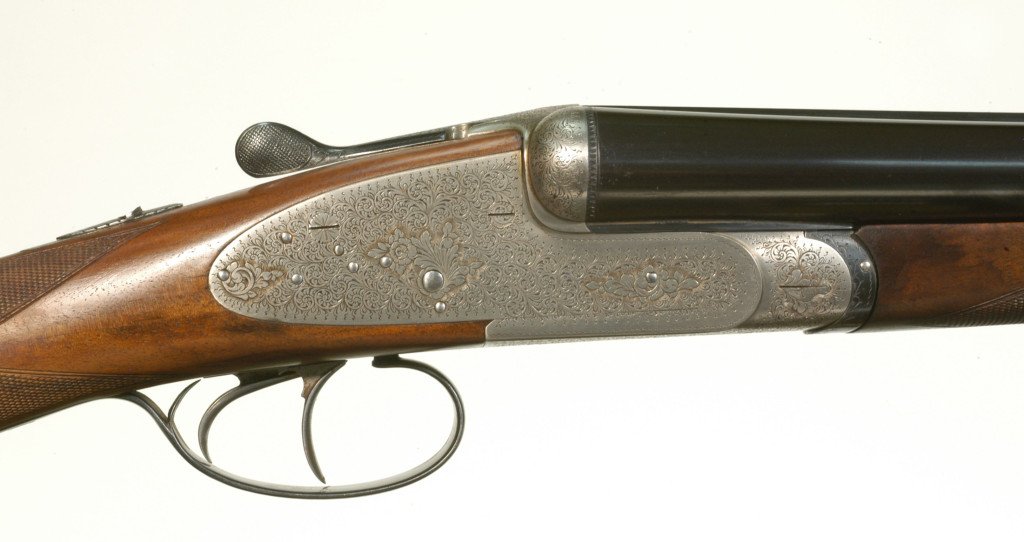 Somehow, “Holland & Holland” (est. 1835) and “Westley Richards” (est. 1812) double-barreled rifles became a standard for high class hunting weapons. However, there are companies that follow the suit although they can’t boast a centuries’ old tradition. The company FAMARS from the town of Gardone in Val Trompia valley in northern Italy was established in 1967 by two young entrepreneur-inventors, Mario Abbiatico and Remo Salvinelli as “Fabrica Armi Abbiatico e Remo Salvinelli”.

Expert gunsmiths and engravers, they decided to produce small series of high quality weapons with a premium finish. They will manage to overcome the lack of centuries’ old tradition and total obscurity by ingenious designs and outstanding performance of their guns. Now it sounds like an impossible task, but they made it. Their craftsmanship and engraving skills became the trademark of quality and artistic approach in gun designs.

In the first few years, they made shotguns, one by one, in unusually small gauges like 28, 32 and 36 (.410), relying heavily on deep engraving. In this team, the artist was Mario Abbiatico was the artist, painter, sculptor and engraver, while Remo Salvinelli was a gifted constructor and gunsmith.

As early as 1967, Salvinelli stunned Italian classic shotgun lovers by his Castore model. Many hunters worldwide still consider the double-barreled shotgun with external hammers as only true hunting shotgun. Still, this vintage design has its disadvantages. It is slow to cock, not too safe, especially in winter when fingers go numb from the cold. Inventive as he is, Remo corrects all those drawbacks in one blow. The break-action of the barrels automatically cocks the hammers, and there is a standard mechanical safety on the neck of the stock, as with hammerless shotguns. Besides, the hammers can still be cocked manually.

Castore is manufactured as 12, 20, 28 gauge and .410 caliber shotgun in all barrel lengths. It can weigh from 2.9 to 3.4 kg and is engraved with 17 levels of intricate engraving. The stock is made of the finest Turkish. The NiCrMo barrels are not linked by a cheap monoblock; instead they are made as a single, chopper lump construction. The customers may choose between one or two triggers, automatic or manual safety, while all versions come with automatic ejectors. Every customer has the say in choke selection, barrel length and stock length and design, as well as the engraving level. With this shotgun, Abbiatico and Salvinelli definitely announced their presence to the world.

This four-barreled shotgun rendered gun lovers speechless! Its four barrels are chambered in 28 gauge or .410 caliber and has only one trigger, which fires the barrels one by one. The fine-gun collectors worldwide were enthralled with this design. The shotgun was perfect for hunting birds and small game, but it was valued more as a collection piece than a working gun. I mean, seriously who takes a $40,000 shotgun hunting partridges on a rainy morning?

The heir to Quattrocanne, it is made in 28 gauge and .410 Magnum calibers. The firing mechanism is fixed on the side plates, the barrels are chopper lump as well, and the most interesting feature is that the break-action lever is set on the side, just above the trigger. According to the customer’s preferences, this lever can be mounted on left or right side. The manual safety is located on the standard spot, on the “neck” and it blocks not only the firing mechanism but the trigger as well. This unusual four-barreled shotgun weighs 3.4 kg, which makes it light enough to carry around all day. This, combined with almost non-existing recoil and not too loud gunshot, make this gun a perfect “ladies’ gun” in ceremonial hunts. 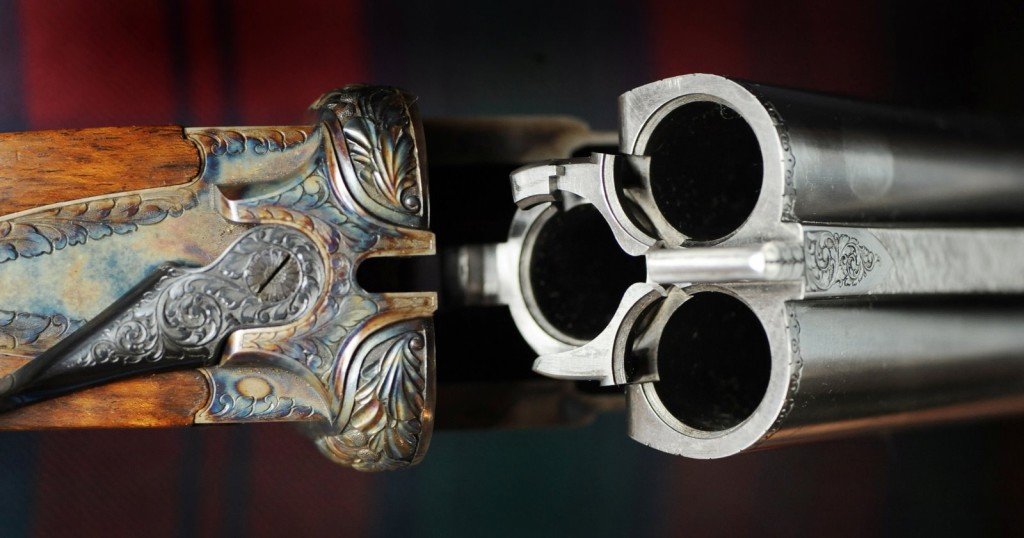 In the mid-1970s, Mario Abiattico stated publishing books and manuals on engraving and artistic design applied on guns. At about the same time, Salvinelli comes forth with Jorema O/U shotgun, which is today replaced by the Sovereign model. It also has the side plate mechanism, and is made as 12, 16, 20, 28 gauge or .410 caliber shotgun. It is a surprisingly durable design, so variants in .375 H&H and .600 Nitro Express followed soon after. These are top of the line working guns, but still out of reach for most of us mortals.

Excalibur is the model that follows suit, but at a bit lower price tag. It is made as a hunting or sporting shotgun with trap and skit versions. For the price of roughly around a thousand dollars, the customers may choose the caliber, barrel length, engraving level, stock shape and the trigger setup. Excalibur also features the side plate firing mechanism. This plate together with trigger guards “closes” the receiver. The whole mechanism can be quickly removed, cleaned and put back. The sporting version is 0.1 kg heavier than the hunting model and has “Briley” interchangeable chokes. 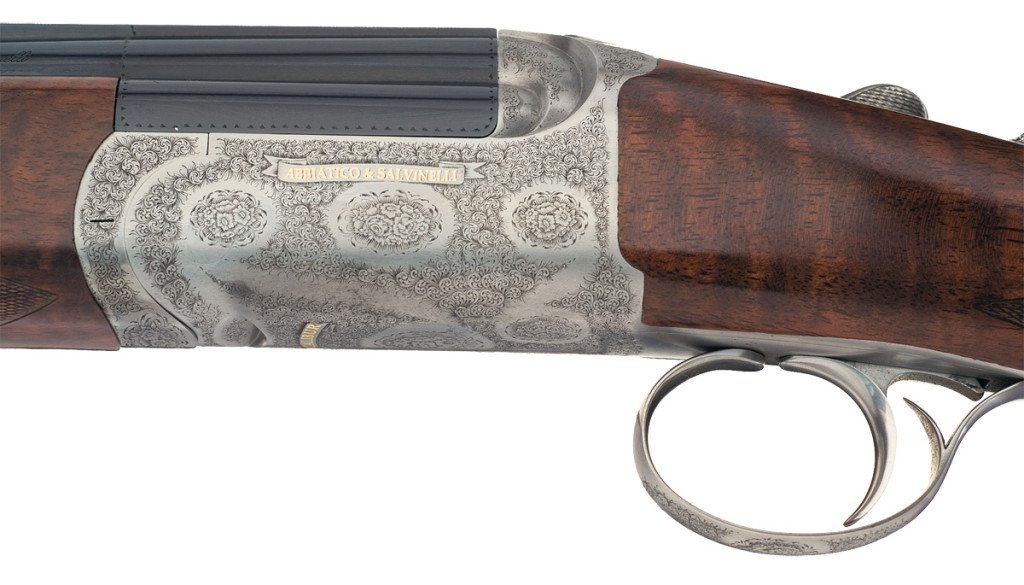 This double-barreled shotgun is made in 12, 16, 20, 28 gauge or .410 caliber. Two interchangeable side-plate mechanisms are delivered with each gun, the single triggered and double triggered one. It weighs from 2.7 to 3 kg and has a lifetime warranty, Turkish walnut and premium FAMARS engraving.