Those of you who are into sport cars as well are probably familiar with the meaning of “concept model”. To cut it short, a concept model is car that looks as if it came from the distant future. They usually make only one or few units, never in large series. Brimming with new solutions and futuristic looks, the sole purpose of concept cars is to show company’s power and intellectual superiority of its engineers and designers. This exact approach was picked up by Italian gun maker “Benelli” on the IWA 2012 International Gun Exhibition.

“Benelli Army Spa” from Urbino is a revered member of “Beretta Group”, which also includes “Franchi”, “Aldo Uberti”, “Sako”, “Tikka”, “Buris”… Throughout the whole “Beretta Group”, the most aggresive and innovative gun designs are coming from the town of Urbino, the home of “Benelli”. “Benelli” has the long tradition od combining new technology with artistic design. In the middle ages, Urbino was the seat of the noble Montefeltro family, under whose patronage worked the ingenious painter Rafaello whom many art historians consider superior even to Leonardo, had he lived a bit longer.

Urbino has remained a center of applied arts to this very day. Contributing to this claim is the ingenious architect Marco Gaudenzi who was hired by “Benelli Army” and has designed and created famed rifles Benelli Nova, Benelli Argo, Benelli Vinci, Benelli Rafaello and Benelli Montefeltro. His last endeavor is the series of Concept Gun rifles, which could be seen on the IWA 2012. Looking at those rifles, one could not stop wondering the limits of human creativity and practical ingenuity. The semi-automatic shotgun Benelli Vinci was the model for the architect Gaudenzi for a new concept rifle. 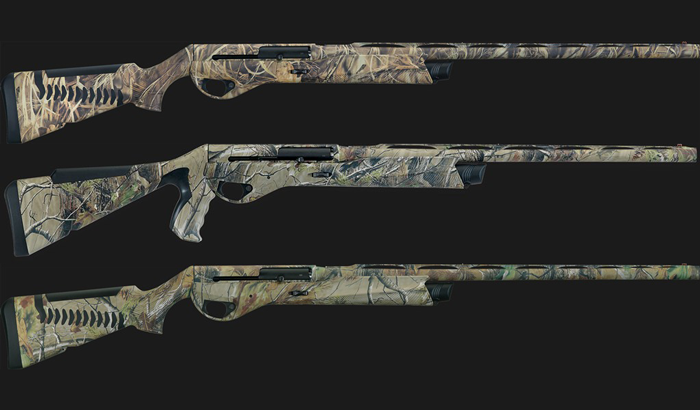 Gaudenzi has redesigned the Vinci auto-loader, giving it completely curved edges. All the pieces are integrated – linked together via so called “bayonet” mounts. It basically means that in most cases it is enough to press one smaller safety key, rotate the piece for 90 degrees and it comes right of. The whole Vinci shotgun has modular construction, like the Lego. You choose the stock, the length and purpose of the barrel, the length of the tubular magazine… Everything is assembled into an extremely reliable and efficient weapon. In this way one shotgun can encompass more uses: hunting, game-keeping, sporting, home defense, combat and police uses.

For the Benelli Vinci, they used the latest hi-tempered, tough steels, aluminum alloys and trade secret polymers, which resulted in the lightest auto-loader on the market. The shotgun’s extremely small weight was obviously the greatest challenge for Gaudenzi, as he wanted to make it even lighter. Since he couldn’t change the metal parts, he created the completely new stock concept. Remembering the nuclear physics and the concept that the matter consists of crystal structures of molecules and atoms, Gaudenzi designs stocks which are dominated by the grid-like structure. What it means is that the stock is made of polymer where flat surfaces give way to extensive grid surfaces. As Marco Gaudenzi is also famous for his automobile designs, he made the first concept Vinci shotgun inspired by the Ferrari. Tiny grid structure, the Ferrari-red stock, shaped like a rhombus, rhomboid or a triangle, and like the seats in the Ferrari, lined by genuine leather. However, Gaudenzi goes one step further and designs a black shotgun with completely different – broad grid structure. The idea was to get a peek into the internal construction of links between the parts and the recoil buffer. Gaudenzi keeps the beautiful stripes of yellow leather on every surfaces which meet the shooter’s hands, as well as the cheek rest.

On the IWA 2012, these rifles were exposed in transparent Plexiglas tubes in most unusual floating positions. Like with standard Benelli Vinci shotguns, these concept ones also come in 12 or 20 gauge, with the barrel lengths of 66, 71 and 76 cm. The weight goes significantly under 3 kg. All the barrels are completely free-floating, so with buying a slug barrel and a set of quality sights one may get more than satisfactory grouping at the useful distances. The models Vinci and Vinci Concept are the masterpiece of ergonomics. All the safety features are easily accessible and rounded, with no sharp edges. The shotgun can be easily field-striped, maintained and oiled. Gaudenzi hasn’t forgotten to keep some of more practical than aesthetic features, such are the rest for quick swivel removal, multiple stock buffers and inserts for adjusting the angle and length of the stock. It all leads to conclusion that these grid-leather concept shotguns also have practical, utility values. They are sure to find their way to hunting reserves, albeit in very limited numbers. Hey, you don’t see a Ferrari drive by every day, do you?

Let’s see the other new semi-auto shotguns from “Benelli”. The one that catches the eye is surely the model Beccacia Supreme. Beccacia meaning woodcock. “Benelli” is the first company that came up with a dedicated shotgun for hunting woodcocks. Experienced hunters already know that the woodcock is a small long-beaked bird, which is surprisingly fast and has an unpredictable jagged flight pattern.

It’s hard to hit, so European hunters often wear its feathers cocked in the hunting hat, as a trophy. In a forest hunting conditions, the shot is taken from a small distance, and the shot pattern must be wide, but also thick and balanced. Even the best hunters, which rarely miss a hare in the field, or a pheasant or partridge, are mocked by their hunter colleagues after multiple misses on the woodcock. In some countries there are even hunters who specialize in woodcock hunting, considering it the ultimate hunting challenge. They claim that no sporting discipline of (trap, skeet or sporting) can emulate woodcock’s bendy flight. And they are totally right. Even if launched from the best and the most expensive “Matarelli” machine, a clay pigeon doesn’t make a bendy but arcing, predictable flight. Aside from a keen eye, practice and snake fast reflexes, successful woodcock hunting calls for choosing the right weapon. The shotgun must be lightweight, well-balanced, with clear sighting line, and as we told just before, with a wide and yet concentrated shot pattern. It should also be able to fire the second shot in a blink of an eye. Benelli’s marketing experts and constructors claim that the model Beccacia Supreme meets all these requirements. Let’s check it out.

The 12/76 gauge shotgun has a cryo-forged, 61 or 65 cm barrel. On the upper side there is a broad and convenient sighting rail with ventilation cuts. Instead of steel it is made of durable but extremely lightweight carbon fibers. The bead mount is interchangeable, and it takes a red, green, orange or some other optic fiber. The muzzle features an interchangeable choke, designed according to patent protected ampliator system. This ampliator choke gives 32 per cent thicker shot pattern from 10 to 20 m than all other chokes. They claim this by showing their internal tests, which show targets fired upon with an ampliator choke and several counterpart chokes. Only the ampliator choke gives the balanced scatter all over the target area, while ordinary chokes tend to concentrate towards the center of the target and scatter towards the edges.

The Benelli Beccacia weighs 2.75 kg, has a removable blockade for 2+1 shells, it operates on Benelli’s inertia action and looks uncommonly slim. The handguard is unusually narrow, with indents for fingers on the upper side. The walnut used for the stock is above the third category. To sum up, it’s an exceptional shotgun, fitted with ampliator chokes as well as the set of other chokes, so it can be used in forest and field alike. 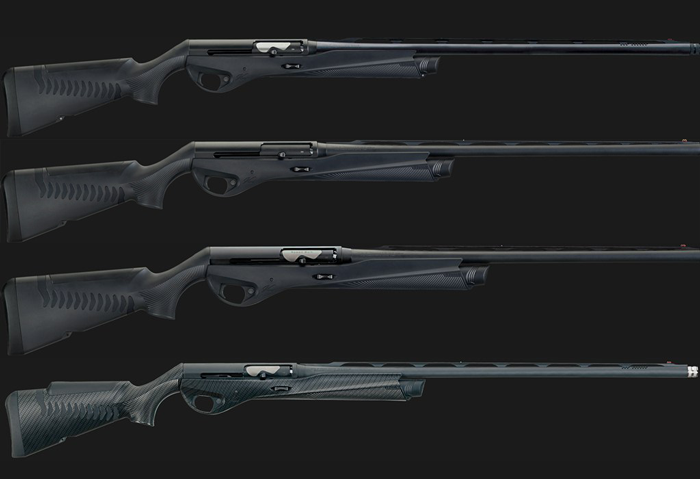 The last but not the least, Benelli has something for hunters who use slugs for wild boar. The Benelli Vinci Slug is a shotgun tailored around the newest Vinci model in 12/76 gauge with the 61 cm barrel. The barrel is fitted with adjustable rear sight and glowing fiber optic bead. The Vinci inertia system enables for 28 or 56 g ammunition. The trigger is smooth, single stage, and fires at forces from 20 to 26 N. The capacity of the tubular magazine varies, depending on the laws of different countries. It goes from two and up to eight shots, as the Vinci is a modular system. The receiver can be fitted with the Picatinny rail, which expands the range of possible accessories, like telescopic, reflex and collimating sights. The technopolymer stock has either black or walnut grain design. The stock has the butt pad which can be adjusted for length, angle and thickness. The technology of shotgun slug barrels is so advanced nowadays that the accuracy of these slugs up to 100 m is shoulder to shoulder with hunting rifles. Besides, a slug has an enormous advantage of the stopping effect.

“Benelli” has once more proven that it holds a high place in production of smooth barrel auto-loaders. In order to stay there long enough, their engineers are working relentlessly, testing new solutions whilst hiring gifted visionaries like the architect Marco Gaudenzi. 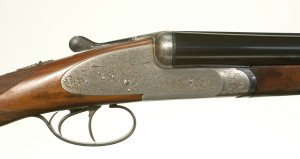