At the very beginning of the First World War, British and French pilots saluted their German and Austrian counterparts whenever they met in the air. However, the situation changed as the air warfare heated up.

At the time, planes did not have machine guns, every ounce of weight was important to these contraptions made of wood, wire and cloth. Even pilots couldn’t be too heavy or too big. Strapping 40 pound machine gun onto a flimsy aircraft was unthinkable. So the airmen carried handguns with the largest magazines they could find. Germany chose the long Luger P08 which had a 32-round drum magazine. Austrians used Mauser C96 and Mannlicher M1903. All of these were long barrelled pistols which increased their accuracy in aircraft duels. Only English pilots with their standard revolvers lagged behind. There are stories where English pilots, after emptying their revolvers to no effect, threw threw them in a rage at the enemy, with equivalent results.

The military got interested in the potential applications of the airforce since Louis Blériot flew across the English Channel, proving plains could cross greater distances.

Many rich heirs and officers financed pilot training at their own expense. To be fair, airforce was initially meant for scouting and quick message delivery. Since 1910, great powers like the USA, Great Britain, Germany, Austria-Hungary, Russia and France introduced airforce squadrons. In England, the navy was also interested in airforce and has started their own flight school in 1911.

By Royal Decree, since the 13th of April 1912, Royal Flying Corps were formed. It combined both army and navy airforce. However, the British navy was not satisfied and insisted on the independence of their pilots. In July of 1914, Royal Naval Air Service was formed, and by August of the same year their planes outnumbered those of the RFC.

RNAS pilots also had better service firearms. The navy introduced the Webley & Scott MK I using the .455 Eley calibre, which was much better than Webley Mark IV to Mark VI service revolvers, at least in air combat. However, this pistol had a tendency to fail in the muddy trenches of Flanders, but it wasn’t really a thing it was designed for. The Webley had only a seven round magazine but it came with a leather case containing two loaded magazines.

RFC did not sit on their hands. Since Webley pistol was made exclusively for the navy they needed to find an alternative. Some officers suggested the American Colt M1911 .45 ACP, also known as the Government Model. The pistol had gained some renown in Britain, and enjoyed a good reputation. The officers in the colonial service needed a large calibre personal firearm in order to defend against the natives. Their first choice was the .455, but .45 was just as good. Still, the pistol was a more modern weapon than the revolver and it had a slightly larger magazine and another bullet could be stored in the barrel. Colt M1911 was selling well and the Colt office in London was always well stocked. Getting large quantities was also not a problem because the United States were still neutral during the early years of the war. It was relatively inexpensive, costing just a pound more than the service revolver, same as the Webley & Scott MK I. So the RFC bought the entire stock of Colts and directly ordered the new ones. They also inquired about making a M1911 variant that uses .455 Eley calibre. 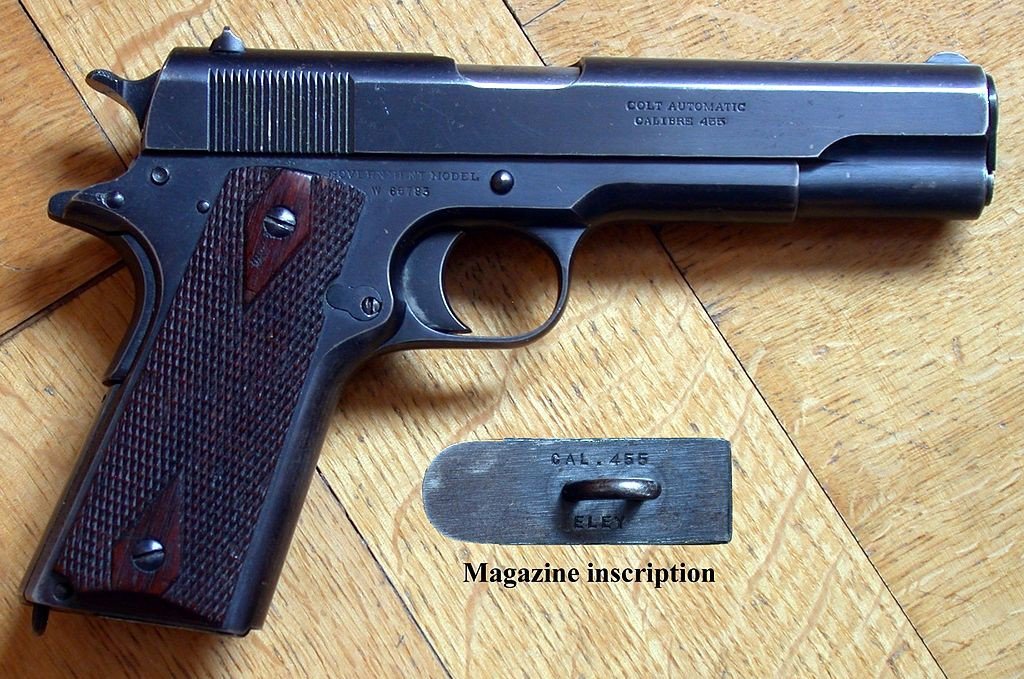 While the difference in performance of .455 and .45 ACP were negligible, the former could be produced in the UK while .45 had to be imported from the US; which was difficult in wartime. The  “London Armoury Company” (LAC) got the lucrative deal of importing the new weapon. In early August of 1914, English arms dealers drastically increased prices due to increased demand, but this resulted in a large outcry among the public forcing the prices back down. “Webley” made weapons almost exclusively for the military anyway, leaving only a few firearms for the public, dealers had to meet the demand by importing weapons and due to war situation in Europe, the USA was the only viable trading partner. LAC was the principal firearms importer from the US until the British government stepped in and made special arrangements.

The RFC managed to arrange adequate supply of pistols for their pilots. The only remaining issue was the magazine capacity, seven bullets didn’t last long in aerial battles of the time. London gunsmith Frederick Beesley managed to design a magazine with sixteen rounds which he later improved to twenty. He also added a lanyard hole to the magazine which prevented damage to the plane if it was dropped accidentally. The early WW I planes were that flimsy even dropped shell casings could case significant damage, so Beasley designed a wire mesh which collected spent casings. 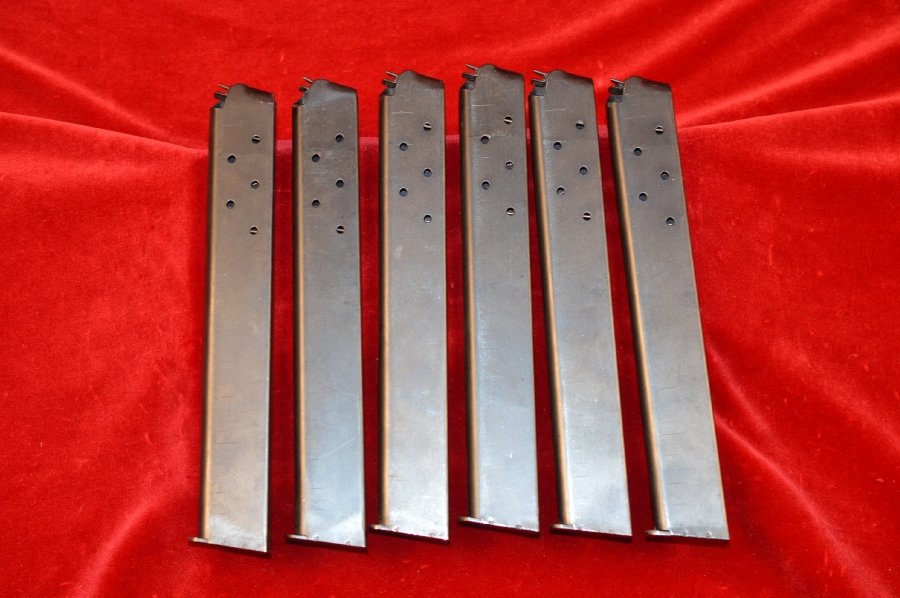 However, these handguns quickly became obsolete when machine guns were successfully mounted on the planes. In October of 1914, the first plane was shot down with machine gun fire, and in April of the following year, the first plane was shot down with a front-facing fixed machine gun. First machine guns required use of deflectors on propeller blades which deflected the rounds. Only a few weeks after that a successful synchronization of the propeller and the machine gun was achieved, making sure the rounds passed between the blades. That was the turning point which turned planes into deadly aircraft and ushered a new era in military history.