Home » Get your drone hunting licenses in Deer Trail, Colorado

Get your drone hunting licenses in Deer Trail, Colorado

If you thought you had an opinion that drones are only used in lands “far, far away” you might want to reconsider. They might actually be buzzing somewhere above your heads and some people have decided to take a stand on the matter.

In Deer Trail, Colorado, the town board is voting whether to establish bounties for taking down drones/unmanned aerial vehicles. Phillip Steel, one of the residents is pretty clear in his vies on this matter when he says: “We do not want drones in town.”

He is also responsible for the ordinance proposal which states, among other things: “The Town of Deer Trail shall issue a reward of $100 to any shooter who presents a valid hunting license and the following identifiable parts of an unmanned aerial vehicle whose markings and configuration are consistent with those used on any similar craft known to be owned or operated by the United States federal government.”

The town board considers the drone licenses, which might be sold for 25$ and valid for a year, a potential boost for the town budget. It is also a novelty that might draw more visits to the town, which in turn could prove a mixed blessing, as one of the residents, David Boyd, says.

It might sound like novelty to the town clerk, but Mr Steele, the originator of the proposal claims that he is very serious about this.

What do you think? Would you be up for a little drone-skeet? I am positively tickled by the idea. 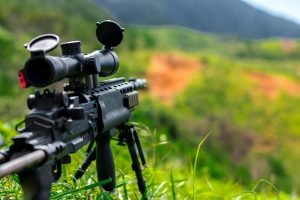