Target asked customers to refrain from bringing their firearms into their stores, which is an important statement, showing that Target is more concerned about losing those who do not wish to shop next to those who practice open-carry.

Target CEO, John Mulligan, says the following in an official statement:  “This is a complicated issue, but it boils down to a simple belief: Bringing firearms to Target creates an environment that is at odds with the family-friendly shopping and work experience we strive to create.”

Although this is more of a request than anything else, Mulligan continues to state that their policy has always been to follow local laws and they will continue to do so. Some states with open-carry laws provide regulations as to where the guns and cannot be carried, such as churches, schools, or state government buildings. Many retailers post signs regarding prohibition of guns on their premises.

Recently, some gun owners have been using stores in order to test how far they can go with the open-carry freedom, and some of them used assault rifles for this exhibition. Target was one of such stores. This is what sparked a gun-control advocates Moms Demand Action for Gun Sense to start a petition, which gathered 400,000 signatures. Other retailers, such as Jack in the Box, Starbucks and Chipotle have asked their customers not to bring guns when coming to their property. 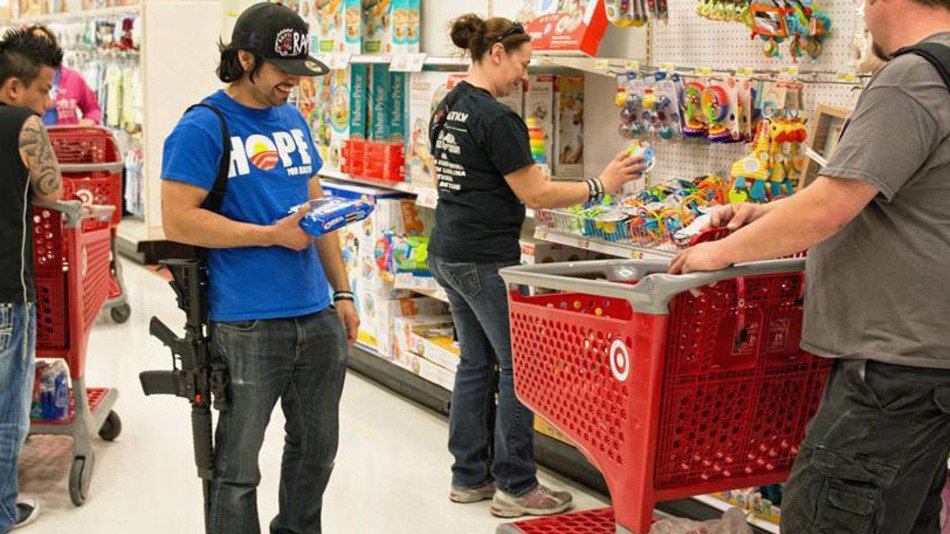 The main argument in this discussion from the gun activists is that they should be able to bring guns in order to stop violence from happening in one of these stores, while the counter-arguments states that there is a greater possibility of guns going off accidentally and hurting someone. Because, let’s face it, there is always a chance of someone who is carrying a gun is pretty much clueless regarding gun safety.

In this situation, Target concluded that barring guns is the best solution for them. It does not influence anyone’s legal right to carry arms, however, there is a voice of public to be heard there. What do you think about Target’s decision?