According to Fox News’ Todd Starnes, the U.S. Army is removing a Bible inscription that was etched into the army scopes by the vendor Trijicon.

Soldiers at Fort Wainwright in Alaska received a directive to turn in their scopes so the Bible references could be removed.

The scopes referenced New Testament passages in John 8:12 and Second Corinthians 4:6. The “JN8:12” and “2COR4:6” appeared at the end of serial numbers.

Soldiers were instructed to remove the verse using Dremel type tool and paint them black. Black paint is to be continuously applied to ensure the verses were totally covered. 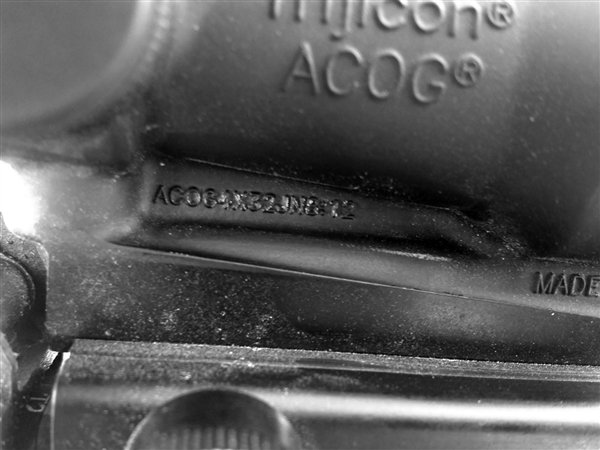 Army spokesman Matthew Bourke stated that “the vendor etched those inscriptions on scopes without the Army’s approval” and that modified scopes did not meet the requirements of the contract.

According to Bourke, the vendor agreed to remove all Bible references on future deliveries.

According to one soldier, few people were even aware of the biblical reference. He continued to add that the removal was unnecessary and that it does not help the Army do its mission. The soldier, who is Christian, argued that such activity, as well as classes on equal opportunity, are irrelevant to their mission – which is kill the enemy.

This issue first came to light in 2010, during an investigation by ABC News. Trijicon spokesman informed the ABC news that inscriptions were always on their sights and that there was nothing wrong or illegal about including them. 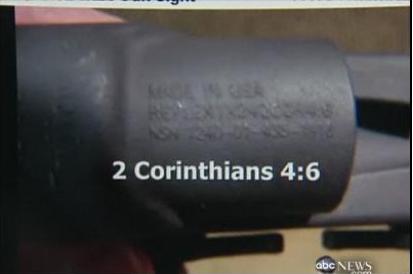 Now, the removal of those markings may seem like a colossal waste of time by the army or even direct insult by some Christians, but the question arises: why were they even there in the first place? Trijicon’s comment, that “they believed the issue had been raised by a “non-Christian” group” seems far too steeped in privilege. Considering the diversity of the soldiers in the army, this can definitely be seen as an offensive move, why is Christian biblical reference being forced on Muslim, Hindu, Wicca, Buddhist or Atheist service people? Hell, some Christians may be offended at them being inscribed on killing implements.

First Amendment prohibits the government from supporting one religion over another, these sights are now Army property and are in violation of it. Case closed, those supporting the Second Amendment should be equally supportive of the First. What if a company decided to inscribe line from Quran, or Vedas, or even Nordic Eddas, would people decrying the removal of biblical verses still rush to defend the freedom of religion? Somehow, I think not.
Images with courtesy of www.eurthisnthat.com and usnews.nbcnews.com