Cody Wilson (our hero) seems really determined to stir up the hornet’s nest that is our country’s firearm legislation. The 25-year-old intends to release blueprints for the first entirely 3D-printable handgun called “the Liberator” sometime this week.

Forbes was given an exclusive preview of the gun creation process, including 16 pieces of the weapon printed in ABS plastic. The non-printed components are a firing pin and a piece of steel that is inserted into the body of the gun to make it compliant with Undetectable Firearms Act.

While Wilson was willing to follow the letter of the law, other enthusiasts might not. When the files are published, they cannot be unpublished, and anyone will be able to download and print a gun, without the hassle of a background check, without the serial number or the six ounce piece of steel that makes it detectable by security systems.

Representative Steve Israel is wasting no time, and calling for an extension of the plastic firearms ban, including homemade magazines and receivers. 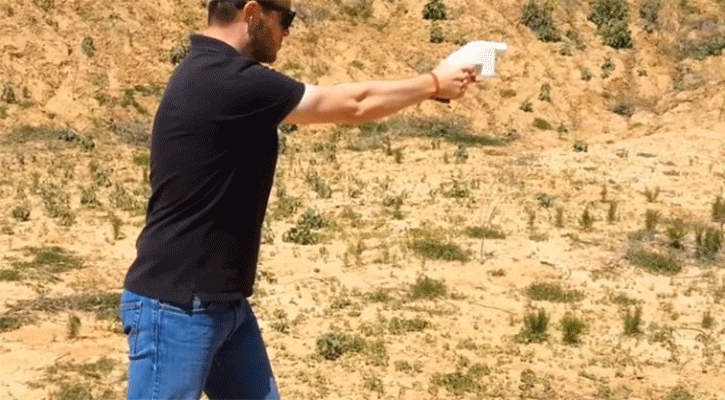 Rep. Israel said: “When I started talking about the issue of plastic firearms months ago, I was told the idea of a plastic gun is science-fiction. Now that this technology appears to be upon us, we need to act now to extend the ban on plastic firearms.”

The Undetectable Firearms Act prohibits manufacturing, importing, selling, possession, shipment, delivery, transfer or reception of firearms that are not detectable by walk-through metal detectors or have major components that do not generate an accurate image by airport X-ray machines. 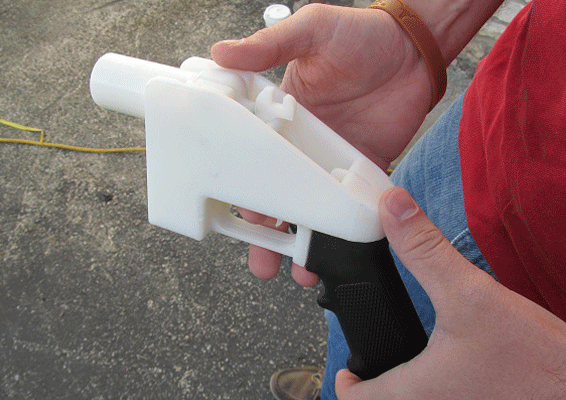 Defense Distributed was founded last August, with the goal of creating design schematics for a usable plastic gun that could be used by anyone with a functional 3D printer. With the prices dropping and designs improving, that could be almost anyone. They did have problems with this before, the company that leased them their Stratasys uPrint SE seized it back when they learned what the device was meant for.

Wilson is interested in more than guns. Earlier this year, he revealed Defcad an “open search engine for all 3D printable parts.” The purpose of Defcad is to provide unrestricted access to 3D printable firearms. 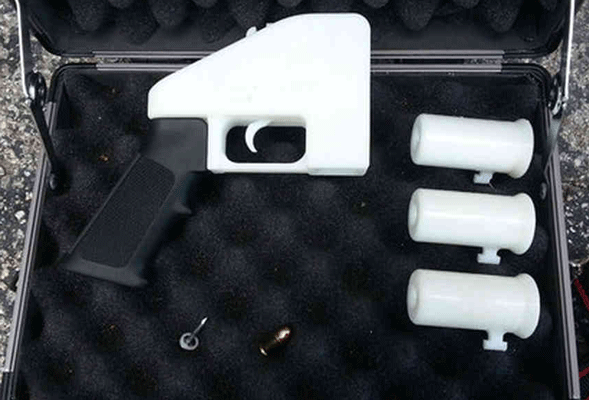 The final version of the website is not yet done, as it was made as a quick reaction to Makerbot Industries’ decision to censor firearm related files uploaded at Thingiverse.

UPDATE: The files were uploaded and they have reached 100,000 downloads already.