Response to a Growing Threat

Pronounced danger from international and local terrorism makes the Japanese government invest a great deal of resources and effort in modernizing its counter-terrorism services and units. Six members of the communist “Japanese Red Army”, including one of its leaders Osamu Maruoka hijacked a Japan Airlines aircraft with a total of 156 passengers and crew aboard. Terrorists hijacked a plane just after it took off from Mumbai airport and forced the pilots to divert it to Dhaka airport. They demanded that Japanese government give them six million dollars and release nine members of their organisation from prison. After very short negotiations, the Japanese Prime Minister Takeo Fukuda granted the terrorist request stating that “human life outweighs the Earth.” This decision provoked condemnation from the US many European countries whose principle remained that terrorists should not be negotiated with. The terrorists released 118 hostages in the Dhaka airport, then flew to Kuwait City and Damascus where they released additional eleven hostages. Their final destination was Algiers, where they released remaining hostages but were soon arrested by the Algerian authorities. Osamu Maruoka managed to escape. This situation made it plain just how unprepared Japan was for the threat of terrorism and prompted the creation of its first specialized counter-terrorism unit in Japan. 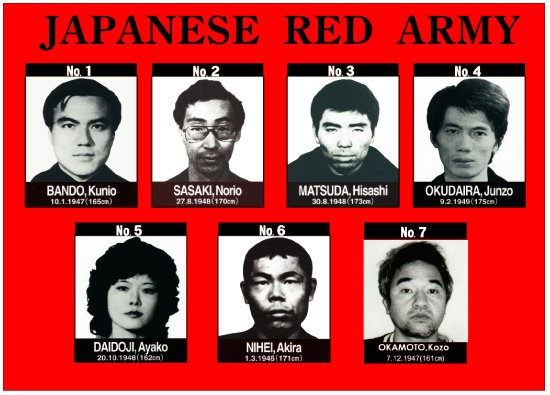 Creation of he Special Assault Team

The predecessor of the modern unit was named Special Armed Police (SAP). Their main purpose was fighting dangerous criminals and resolving delicate situations that require special training and use of special weapons. On January the 27th in 1979 the unit has shown its mettle by resolving the hostage situation in the “Mitsubishi UFJ” bank in Osaka. Armed assailant Akiyoshi Umekawa entered the building just before closing, killed two police officers and two bank employees and took thirty six people hostage threatening to kill them if he wasn’t given 250.000 dollars. At the request of Rokura Yoshida, an experienced police officer who was in charge of the operation, SAP members were called in to resolve the situation. They quickly released the hostages and killed Yoshida in the process. This was the first time a Japanese police unit used a firearm to resolve this type of situation.

Another plane hijacking demonstrated the necessity of specialized counter-terrorism unit. “All Nippon Airways” flight 857 was hijacked on June the 21st 1995 at the Hakodate airport in Hokaido. A SAP team was taken to the location. After detailed preparation, the unit quickly and efficiently released all the hostages and arrested the kidnapper Fumio Kucumi.

Japanese Special Assault Team was founded in 1996 after a full year of training with the German GSG-9, French GIGN and British SAS. The SAT is the primary counter terrorism unit within the Japanese National Police Agency and is under direct command of its Secretary General. Its main objectives are fighting all forms of terrorism, resolving hostage situations, supporting other police units and services, high-risk arrests and providing security for VIPs and important events.

Fighting terrorism is also the jurisdiction of the Counter-NBC Squad (Nuclear, Biological and Chemical terrorism unit) and the Anti-Firearms Squad (unit whose main purpose is fighting armed criminals). Counter-NBC Terrorism Squad became additionally important after the terrorist attack performed by the members of the AumShinrikyo cult. The terrorists releasedsarin gas on 20th of March in 1995 in Tokiyo subway.

The First information about the SAT’s existence appeared in media during the resolution of the hostage situation known as the Neomugicha Incident in Fukuoka on 5th of May 2000. The units numbers and its organization were a well kept secret. However, in 2006, the NPA officials officially stated that there are 300 members in the SAT, spread over seven large police departments in Osaka, Hokaido, Chiba, Kanagava, Aichi, Fukuoka and Okinawa prefectures.

Every police department has a specially trained riot-control units formed after mass protests in 1952; they can provide support to the SAT during complex missions or solve less serious situations on their own. The largest part of the unit is in the Tokyo Metropolitan Police, the largest city area in the world with the population of 35 million. Members of this specific unit are also tasked with providing security for the Haneda airport, Imperial Palace, Japanese prime minister residence, Japanese parliament and foreign embassies in Tokyo as needed. Each team consists of the assault group, sniper group, technical support and the command unit.

SAT are sometimes called the modern samurai, and the nickname fits. They are the armored fist in the Japan’s fight against terrorism. During this units existence, a large number of arrests of dangerous and armed criminals was performed, complex hostage situations were resolved and a large number of counter-terrorist actions was executed. SAT also had a major role in protecting teams of soccer players during the World Football Championship in Japan and South Korea. Members of this unit always improve their knowledge so they can be prepared and to effectively respond to security threats and risks. The SAT member training is modelled after other counter-terrorism units. In order to maintain their readiness they regularly perform joint training with special security teams of the coast guard and counter-terrorism unit of the Japanese Self-Defense Force. Also, they have an excellent rapport with foreign special forces units, especially the French GIGN. During the four-month hostage situation in Lima, the capital of Peru in 1996, this unit was practicing hostage rescue in an identical replica of a Lima embassy building, in case such situation happened in Japan. 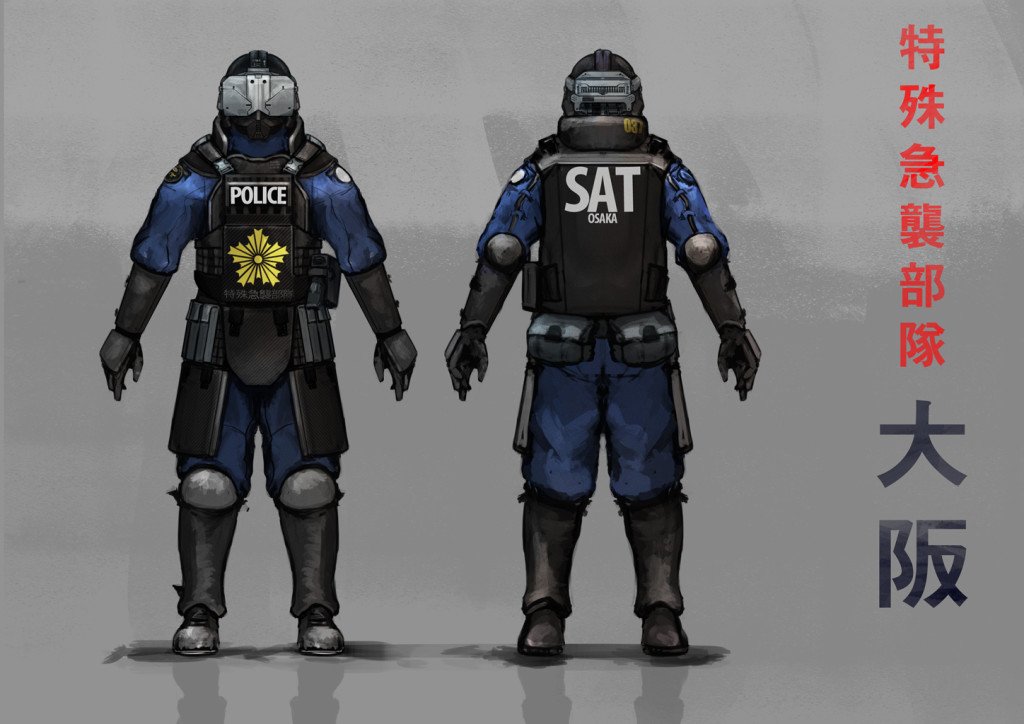 Nuclear Terrorism is one of the greatest challenges for modern security forces worldwide. It can be achieved using “dirty bombs” or by assaulting existing nuclear power plants. Answering this threat requires strict security measures within the countries which have nuclear facilities as well as international cooperation. According to security assessments, the risk of terrorist attack increased following the Fukushima incident in 2011. So, 150 members of SAT, counter-terrorism department of the coast guard security team and other specialized units and services performed a joint exercise in the Fukishima 2 power plant.

They prepared against both sea and land attack. In the land attack version, three terrorists, hiding below deck of a freight ship, attempted to reach the nuclear facility and activate an explosive device. SAT members used the fast-rope technique to rappel down from the helicopter onto the vessel and eliminate two of the terrorists. The third managed to reach shore and enter the facility building. He was quickly eliminated by the SAT. The second scenario had terrorists attempt to reach the facility with a truck loaded with explosives. When they approached the object, mixed teams of both units intercepted and eliminated them. 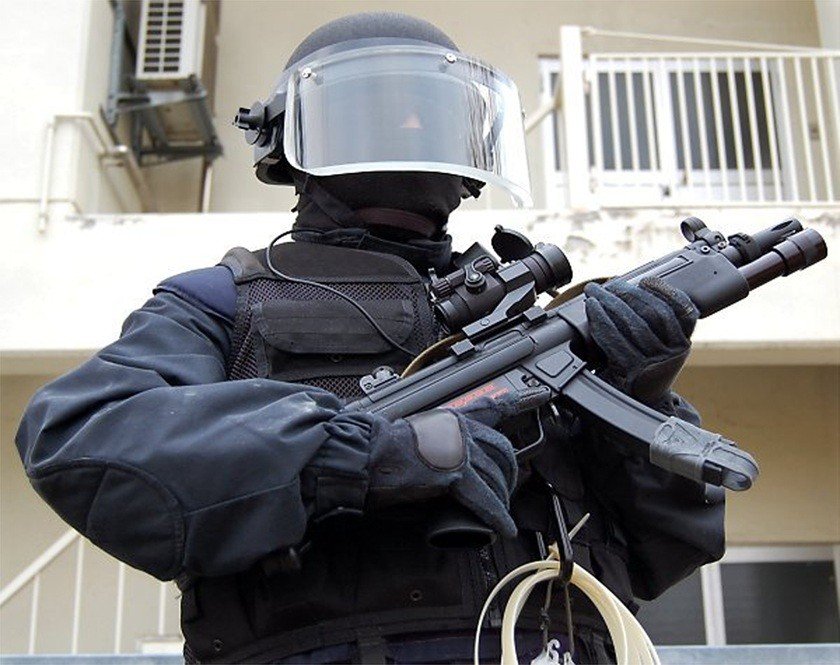 They started off as a quiet group of people interested in meditation and yoga, but they ended up as a “Judgement day cult” that performed the largest terrorist attack in Japan. On 22nd of March 1995, during the busiest part of the day, they activated devices containing sarin gas in the Tokyo subway, near government institutions and courts. This attack killed 13 passengers and seriously injured 50 more, around 1,000 people had eyesight problems as a consequence of sarin poisoning and over 5,000 had other health problems. The attack was performed in order to prevent the police raid that was meant to take down the center of the cult. The Tokyo subway attack was the pinnacle, but also the beginning of the end for AumShinrikyo (Supreme Truth) and its leader Shoko Asahara. 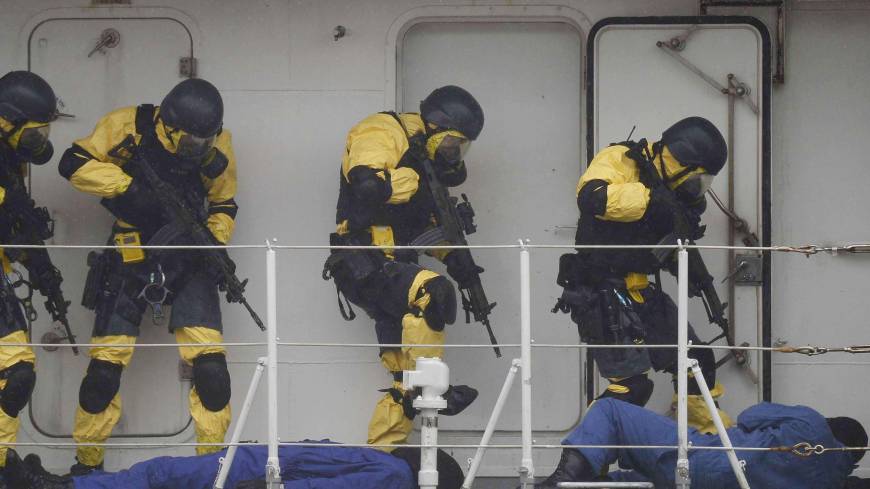 The cult numbered 9,000 members in Japan and 40,000 worldwide. It was founded in 1986, and transformed from yoga enthusiasts into an aggressive cult of dedicated followers after taking in some negative aspects of Hinduism, Buddhism and other religions. Asahara has often spoken of lack of happiness as a problem that stems from interpersonal relations, of the need for “positive thinking” and of the spiritual progress and final salvation from the upcoming catastrophe (World War Three). Controversies around the cult started in the eighties, with reports of forced recruitment and preventing members from leaving the cult. In 1989, a lawyer who threatened to sue and expose the cult disappeared along with his entire family. It wasn’t until 1995 that it was discovered that they were killed.

Arrests of AumShinrikyo was a 17-year long process. During the comprehensive investigation and police action all organizers of the Tokyo attack were arrested, Asahara among the last of them. Special Assault Team members were instrumental in that effort.