Swiss quality and precision is legendary. In this case it is applied to a remarkable rifle. Optimal military/police weapons have to fulfill some contradictory conditions – weapons have to have sufficient range and firepower to be effective but it also had to be as compact as possible, so soldiers can carry more gear and ammunition. Police weapons have an additional requirement – reduced penetrating power of their ammunition in order to reduce civilian casualties due to overpenetration. On the other hand, military weapons require their weapons to be able to punch through bulletproof vests, sandbags or earthen walls. In both cases, it is useful to have suppressed ammunition, which by itself creates a slew of problems. One of the solutions for the military weapons is the use of different types of standard ammunition (suppressed 5.56 however has very poor overall characteristics). Another solution is the use of standard rifles or carbines in different calibers, which allows for significant performance optimization but complicates the supply process. The second solution is what carbines B&T APC 556 and 300 are using.

B&T APC 556 model uses 5.56 mm caliber, while the APC 300 uses the famous .300 Whisper. The Whisper is a good compromise between various characteristics, such as accuracy and capability of firing subsonic ammunition. In addition, its size matches the 5.56 ammunition, making the conversion extremely simple. Not surprising, considering the .300 Whisper has been developed on the basis of the 5.56 mm by shortening its casing. Essentially there are two types of ammunition, classical 125 grain with the muzzle velocity of 2100 ft/s (1,638 J muzzle energy) and subsonic 220 grain ones with muzzle velocity of 1050 ft/s (717 J muzzle energy). This makes the supersonic rounds marginally weaker than classical Russian 7.62×39 M43, the .300 Whisper being somewhat smaller. Subsonic version of M43 however performs markedly worse than other ammunition in its class. 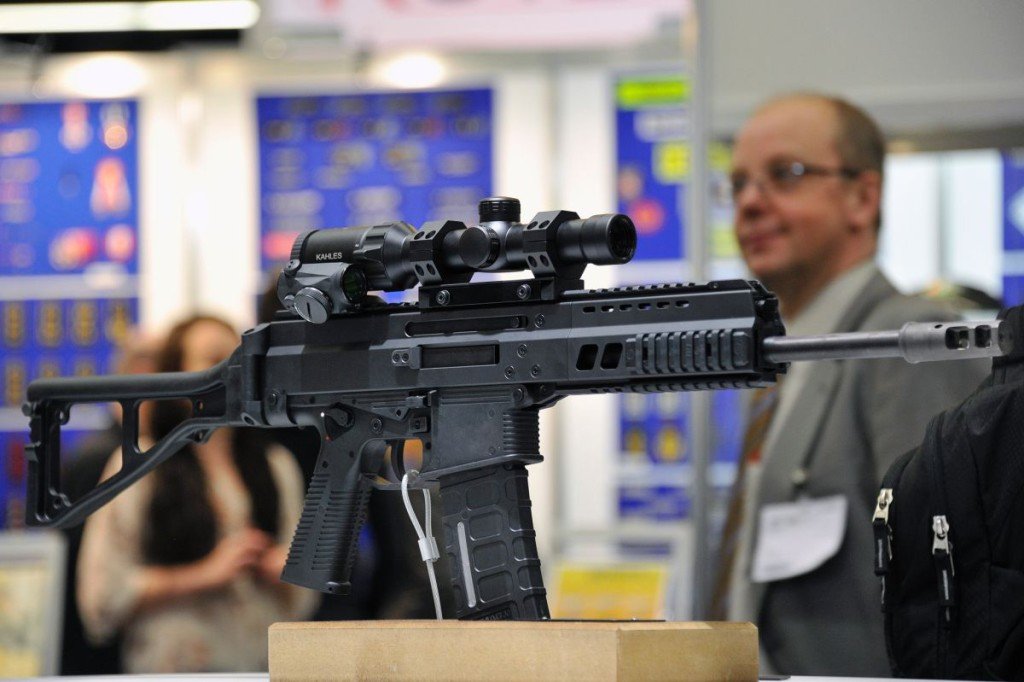 APC 556 and 300 carbines have classical configuration and mechanical systems. Mechanism is based on the short-stroke gas piston located above the barrel. It can also be controlled manually which ensures rifle reliability both with and without sound suppression. APC 300 can use supersonic and subsonic ammunition without any additional adjustments. It also has multi-lug rotary bolt, a tried and tested solution used in almost all modern rifles and carbines.

Barrels are cold forged and hard chromed. Lengths vary depending on the model: APC 556 has typically carbine length barrel of 310 mm but can be fitted with a longer 406 mm variant, the APC 300 has the barrel length of 265 mm. The .300 Whisper ammunition comes with the efficient ROTEX II suppressor. Measured noise level is 122.1 dB making it efficient compared to the world “standard” of the silenced MP5SDs 129.2 dB. However the rounds fired by ACP 300 have significantly more range and energy, and are more accurate compared to the 9×19 Para. Effective range with subsonic ammunition is 150 to 200 m, while supersonic variant exceeds 300 m. Range when using 5.56 mm and newer modern ammunition is even greater. Of course, instead of the silencer, the original B&T flash suppressor can also be fitted.

As usual, these carbines have a built in hydraulic buffer, which is there to reduce recoil and improve accuracy during burst and fully automatic firing. Hypothetical rate of fire is 600 rounds per minute. All models are ambidextrous, charging handle can be installed on either side of the weapon, while other controls are duplicated on both sides. Magazine is standardized according to NATO’s STANAG and replaceable with other rifles or carbines in the same caliber, such as M16. It comes with mechanical backup iron sights Aimpoint Micro T-1. Because of the presence of Picatinny rails, the sight selection is practically unlimited. Carbines have four such rails. 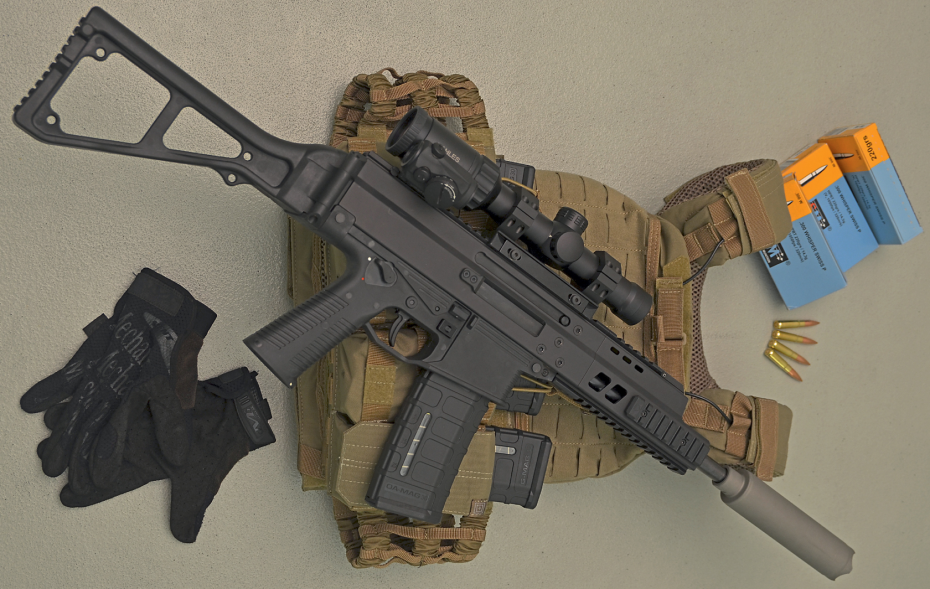 Materials are definitely up to snuff, lower receiver is made from strong (unnamed) polymer while the upper one is made from a strong aluminum alloy. Shoulder stock is foldable (to the right) and made from polymer, and there is an option of installing a special adjustable stock. APC 556 weighs 3.57 kg (7.87 pounds) while APC 300 weighs 3.42 kg (7.54 pounds), both weights refer to unloaded weapons.

B&T APC 556 and 300 offer excellent assault rifle/carbine potential. Although they are currently meant for law enforcement agencies (under the name of Advanced Police Carbine), it is likely B&T would not mind selling it to interested military units. According to the data we have so far, APC is a great solution for various situations.

Man Attempted To Disguise His Gun As A Toy
USFA ZiP: A Potential For Improvement