South African Republic is one of the most violent countries on the planet. Their special police force units are always occupied with high risk operations. Every week, there are around 500 murders, 4,500 violent assaults and 126 kidnappings. Approximately 4,000 people are arrested for kidnappings and abductions, mostly done for ransom purposes. Every eight minutes there is an armed robbery, totaling 70,000such crimes every year. Over 90,000 vehicles are stolen, repainted or remodeled and then sold off annually.

Up to 750 Operations Every Year

South African Police Service Special Task Force (SAPS STF) is one of the most experienced police units in the world specializing in special operations. Their motto is “You have never lived till you have almost died and for those who fight for it, life has a flavor the protected will never know”.

During their 39 years of existence, the STF was involved in numerous operations, including: search for terrorists and their bases and safehouses, hostage rescue, arrest of dangerous criminals, underwater search for bodies of victims and items connected with criminal activities, VIP protection, specialist training and training of other police units. Due to increased operational needs two more regional departments were formed in addition to the one in Pretoria; they are located in Cape Town and Durban.

STF is a part of the Division for Operational Response Services within the South African Police Force and is responsible for performing high risk actions which require the use of firearms and specialist gear. Some of these situations are hostage rescue on land, sea and aboard aircrafts, arrests of organized crime groups, disarming dangerous individuals as well as rescue missions (search and rescue). 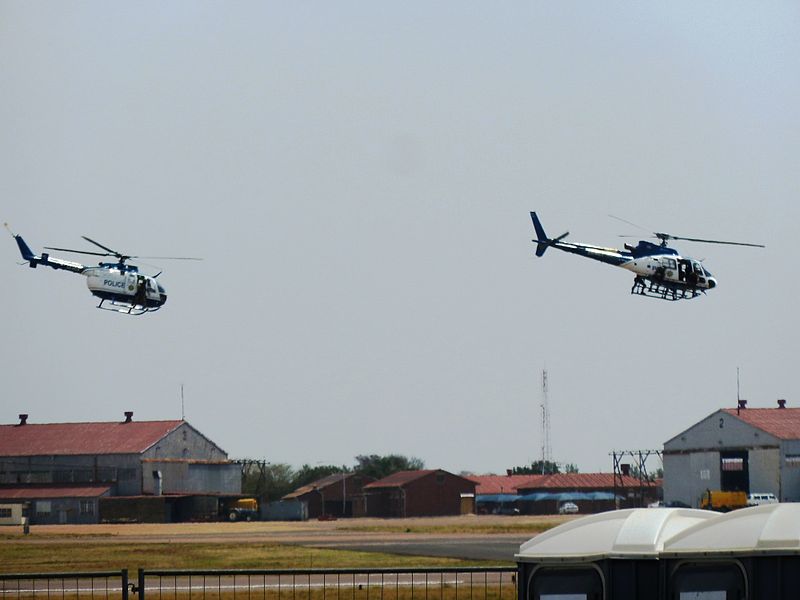 South Africa has one of the largest crime rates in the world, which means there are many victims of violence. This requires daily engagement of STF on various missions. On average, there are 500 bank robberies every year. They often escalate into hostage situations which necessitates STF involvement. Other frequent situations STF faces are raids of narcotic labs; every year, the police confiscates over 700 million dollars worth of narcotics. The unit is engaged in around 750 high-risk operations involving firearms every year.

The most violent acts in South Africa are assaults on armored vehicles used to transport money. Gangs are well armed and attacks are performed with military precision. They usually open with throwing a firebomb onto a vehicle which forces the armed guards out. Then they disarm them at gunpoint, and execute them. Death rate among the police officers in South Africa is among the highest in the world – every thirty six hours, one LEO is killed. 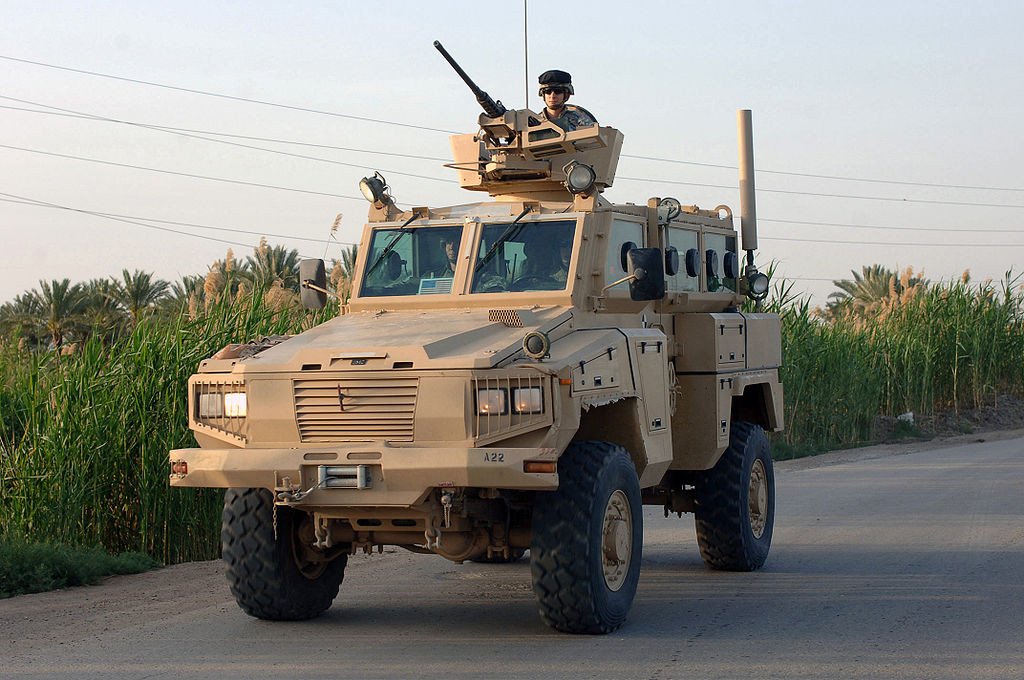 Every year the police seizes large amounts of firearms, but it is only a fraction of the estimated 1.5 million weapons assumed to be circulating in the country. Most of it is smuggled from the neighboring Mozambique, whose government has invited STF to operate on their territory and destroy weapons caches on multiple occasions; those weapons were leftovers from the 17 year-long civil war. During those missions, tens of thousands of rifles and landmines and over four million rounds of ammunition were destroyed.

Requirements for officers wishing to join the STF are pretty strict. They must be between 21 and 30 years of age, at least two years of experience in the police force and a positive recommendation from a superior. They also must be physically and mentally fit, which is determined through special medical examinations and psychological testing.

Breaking the Recruits In

Training system consists of several stages: pre-selection training, basic tactical training and specialist training. The completion of the training and all advanced courses takes three years. Pre-selection or preparation and condition – PREPCON takes three weeks and is done in the field training center 200 miles from Pretoria. PREPCON eliminates a high number of candidates: in one group that numbered 350 candidates at the start, only 17 passed the training. The program prepares the candidates to face the real impact of exhaustion, sleep deprivation and physical stress of the final test. 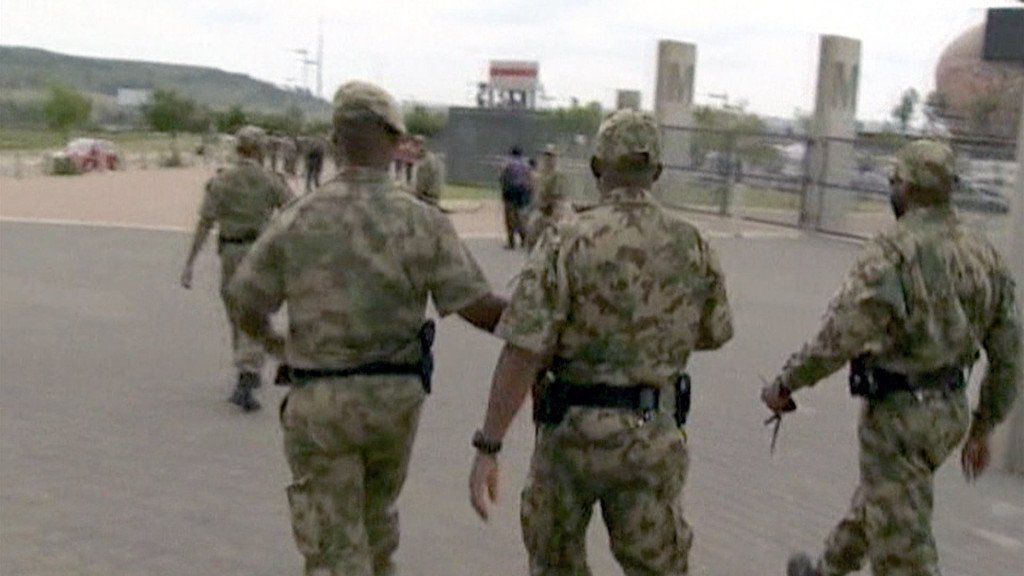 The final test is an endurance march, it is 90 hours long and there are no breaks. During the period, the candidates are under constant supervision by both the instructors and the medical staff. Candidates are not allowed to sleep or eat during the test, even their water is rationed and can be drunk only after an instructor permits it. It is designed to physically and mentally “break” the candidate and make him leave the training. The name of the final test, vasbyt means “grit your teeth”.

Vasbyt also tests the teamwork potential, leadership characteristics, persistence, willpower and judgment and presence of mind in stressful situations. The training starts with a 40km night march in full gear with a backpack and a rifle. Four hours after the march starts, the candidates leave their backpacks and rifles and take railway rails with metal balls attached to them. Making the total load they must carry 50kg. The goal is to test their resistance to pain and frustration; in each group someone collapses from exhaustion and pain. In the morning, at the dawn of the second day, candidates leave the rails and continue to the riverbed canyon where they must face an obstacle course under live fire.

This is not only a test of raw physical ability, it also reveals all flaws and fears of the candidates (water, heights, fire, firearms, etc.). Also, instructors mock and humiliate them in attempt to further disrupt their concentration. After the obstacle course they must face the final obstacle, a swim across the concrete dam. After their return to the camp (another 40 km march), the instructors will forcibly keep them awake by playing animal noises.

In one hour, another march starts, this one is 70km long and also involves carrying rails with steel balls. This is the second morning on vasbyt and the candidates have spent 56 hours without sleep and food. While the instructors are eating their breakfast, the candidates must sit and watch. After the breakfast one of the instructors gives the candidates a single piece of meet that 17 recruits must divide among themselves. That is supposed to teach them to cooperate and instill “esprit de corps”.

After their “breakfast” the candidates are sent to the firing range where they use pistols, automatic rifles and combat shotguns. Then they continue to field exercises where instructors set ambushes. At the dawn of the third day the instructors keep the candidates awake with a lot of effort. Sleep deprivation is a key test, because STF officers must often stay awake for a few days due to the rigors of their work. In the end, the candidates must return to the camp with backpacks and rifles. 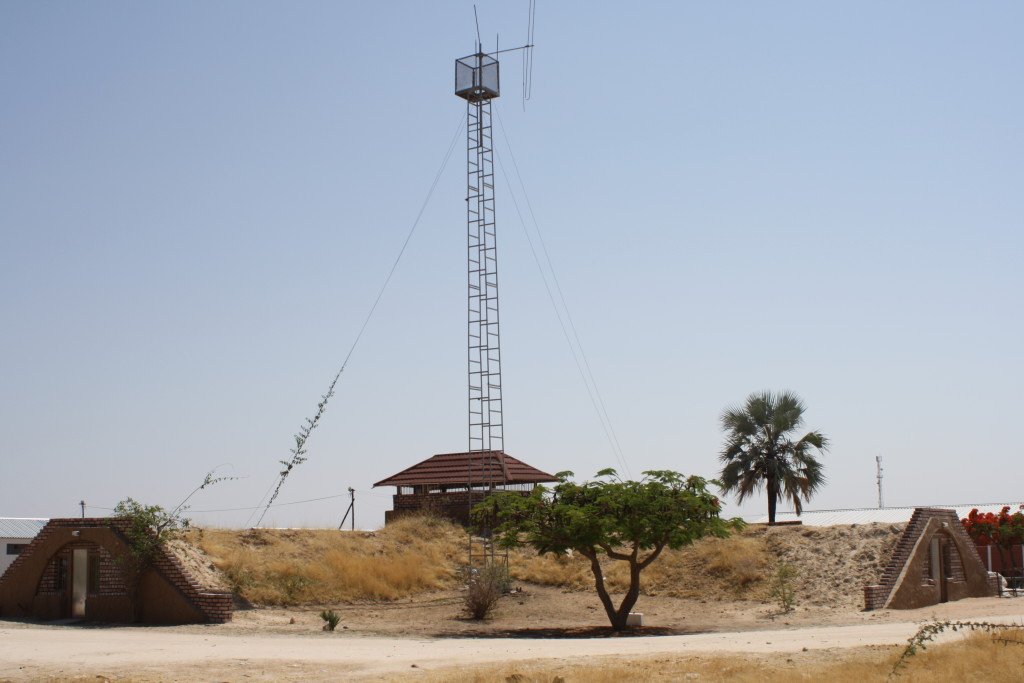 After two days of rest and recuperation, the basic training starts. It lasts six months and also involves selection; the candidates can be expelled if they don’t fulfill their tasks and don’t follow orders.

Other mandatory courses include specialist training in: diving, VIP protection, explosives identification, breaching and disposal, sniper tactics and a first aid course. They also train in wilderness survival and tracking; urban tracking; escape, concealment and evading capture; resistance to interrogation and an orientation march through Kalahari desert without support. It takes another two years of work, service, courses and fieldwork in order to complete the training.

School Bus Drivers Facing Embezzlement And Gun Charges
Where have all the cowboys gone: Texas House of Representatives votes on public carry