The first .22 LR model that we would like to draw attention to is Italian-made Chiappa rifle, known as the Little Badger. It’s a single shot, folding rimfire rifle, which is quite small when folded, making it very easy to carry around in a backpack. This leads us to believe that it is primarily intended for use by campers and people who spend a lot of their time in the great outdoors and need a light and simple weapon. Naturally, most of us would rather carry a shotgun or another, more powerful weapon. However, there is a fairly large group of nature aficionados that feel differently about this. As far as they are concerned, unobstructed movement is crucial, as they rarely get to use the weapon anyway.

Little Badger is conceptually interesting and it seems to reveal the designers fascination with WW II weapons. The stock is practically improvised, made of steel wire, and resembles the original model of the British Sten submachine guns. Just like the original, this stock is not too comfortable, but it serves its purpose. Likewise, the barrel of the rifle is another callback to WW II. The sights system seems to be copied from the first PDW concept, U.S. .30 M1 Carabine, which was one of the most popular weapons in the war. The rifle’s 16.5 inches long barrel and simple stock are joined at the receiver, which is a common single shot hunting rifles solution. It has an external hammer which is quite easy to cock. All in all, it’s a very affordable and practical weapon. However, in accordance with the latest trends, Little Badger has a massive Picattiny rail. Even with the best intentions, it’s difficult not to see this as overkill. While some people like having the option of adding optical sights, they are really not necessary on a weapon of this range. 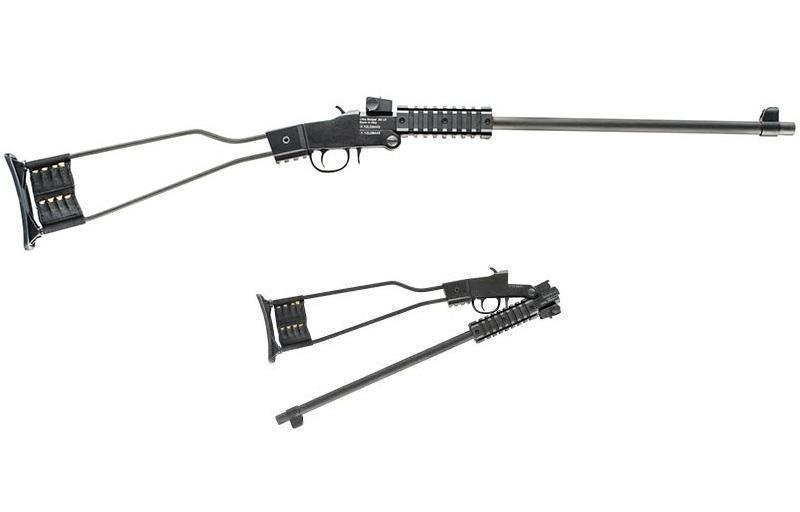 Another weapon with a similar concept, the Crickett rifle made by Keystone Sporting Arms, Pennsylvania also comes in the .22 LR caliber. For almost 20 years this family company has been making interesting .22 LR and .22 WMR rifles. We found this to be the most intriguing model. In honor of Davy Crockett, they named the rifle Davey Crickett, but you can also find it referred to as My First Rifle or simply Crickett. In the market that is used to accurate and well made low caliber rifles like Ruger 10/22, it’s not really easy to sell a rifle of a similar price, much lower capacity and shooting speed. However, smart approach to marketing, and a varied offer when it comes to the type and color of the stock, barrel length and different accessories, allowed this weapon to become popular enough that now, tens of thousands of these are sold every year.

The first thing you notice about Crickett is its size, which amounts to about two thirds of the size of most of the other low caliber rifles. A man of average constitution would feel like holding a toy, which is also more than obvious while aiming. However, men aren’t the only ones who need to use a weapon. A lot of women and children share the passion, and usually have problems with the size of typical rifles. Children especially usually have their first contact with weapons through similar low caliber rifles. Most of them can’t handle the weight and the recoil of larger rifles, which can lead to them developing a dislike of weapons in general. This is why Crickett is the perfect trainer weapon. 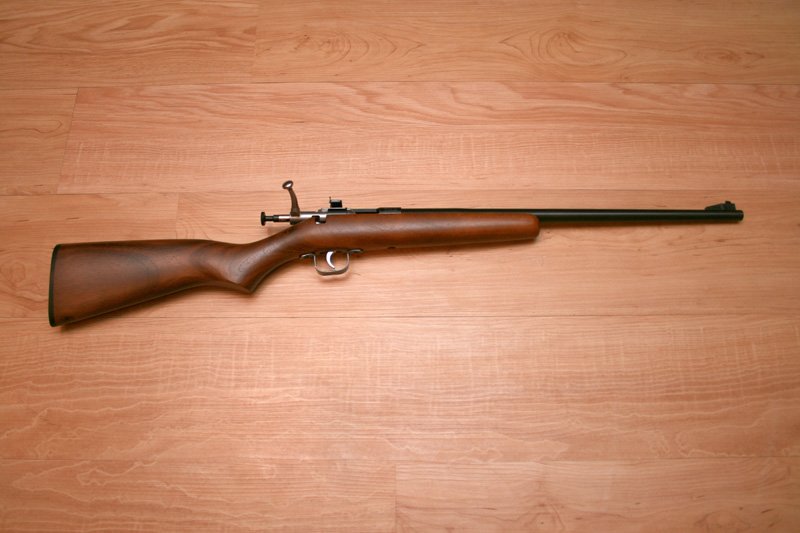 My First Rifle weighs only 2.5 lbs, and is ideal for people of more gentle constitution, perfect for women and children. Since it’s a bolt action rifle, it is great for introducing new users to this system, and the ammo it uses is so cheap you won’t have to cut training sessions short for financial reasons. That why it’s no surprise that these rifles are selling amazingly well, or that stores are usually well supplied with related accessories.