Although pretty small, P-224 has a double stack magazine with a sizeable capacity. It was made to excellent SIG’s specs. It is meant for people who want a defensive weapon that is easy to conceal. Despite its size P-224 is still powerful enough to be used as a primary handgun.

SIG and Sauer P series of guns is probably one of the most significant and most well-known handgun series made by those manufacturers (today known as “Swiss Arms AG”). After more than 25 years, this series has gotten its newest member, the ultra-compact P-224. This model, made for concealed carry and self-defence appeared the first time in 2011, and was perfected throughout 2012. It was finalized recently after several variants. 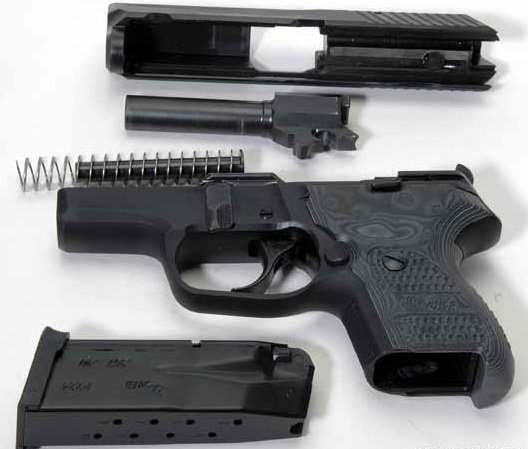 Suitably enough, the name of this compact weapon is pretty simple, P-224. Construction-wise, it is simply a downscaled, high-class P-229 SAS Gen 2. It has a stainless steel slide and is made fro three calibres: 9×19 Para, .40 S&W and .357 SIG. Despite its compact design, this model retains the double stack magazine design, allowing it to carry a significant number of rounds. Its full capacity is 11+1 9mm rounds and 10+1 .40  S&W or .357 SIG rounds. In addition P-224 can use full length magazines from the newer version of P-229. That is a good option for people who use this gun as a backup weapon and already have its full sized cousin. 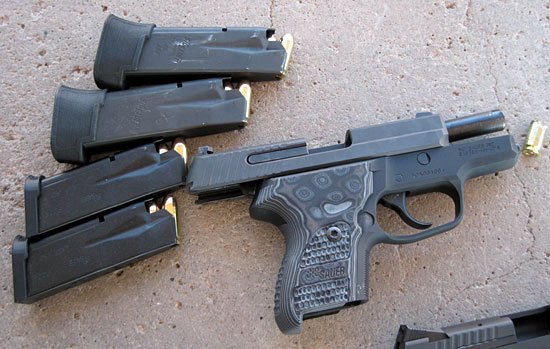 All in all, the new P-224 (in all its variants: SAS, Nickel, Equinox and Extreme), offers the same options as the  basic series. It is obvious that this is a very compact weapon, but it is still very comfortable to use. P-224 can easily match the craftsmanship and reliability of Glock Mod. 26, the premier compact handgun. Its barrel is 3. inches long and the whole gun weighs slightly more than 1.5 lbs, an excellent weight considering the hull is fully metallic instead of plastic polymer. Despite that, it is large enough to be used as a primary weapon.

This model also uses the most popular modified Browning short recoil system. Thanks to this system, the handgun is incredibly reliable from the mechanical perspective, even though its slide and the barrel are significantly smaller. It’s excellent machine precision craftsmanship and its strong single recoil spring allow it to have only moderate kick, despite its size.

The Slide and the frame make up a nice-looking compact whole. P-224 has smoother edges than P-229 increasing the user comfort during concealed carrying or drawing/holstering. The modern, sleek design of P-224, as well as its smooth operation confirm that this is a really high class weapon. The hull is machine made, out of high-quality, hard-anodized aluminium alloy initially designed for the aircraft industry. The outer surface of steel parts is protected with extremely resilient patented technique called nitron finish. 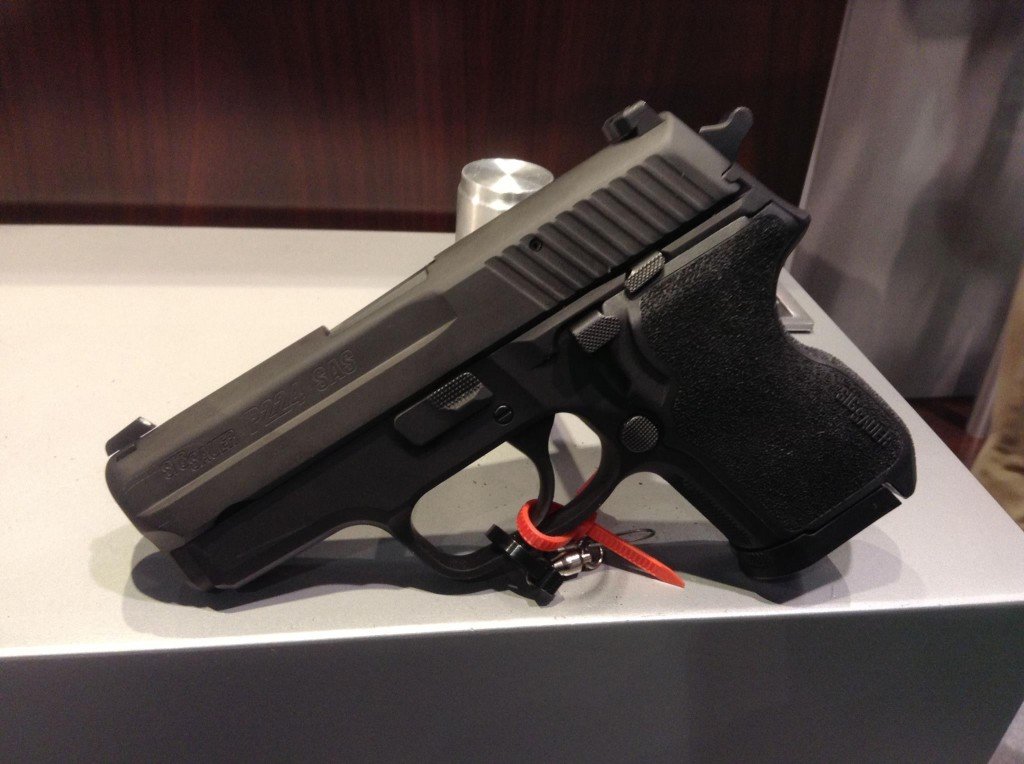 All safety mechanisms of this model are well known, automatic and internal, same as with the larger variants. It has classical, easily accessible and ergonomic set of controls comprised of the disassembly lever, slide brake and magazine lock.

The overall feel  of P-224 is underscored by finely chequered and precisely made holster belonging to the Hogue Extreme Series G-10. It is made from glass reinforced plastic of incredible hardness. This holster can come in grey or matted black and are probably the best solution on the market. The ultra-compact P-224 does not have a Picatinny rail, but weapon of this size really doesn’t need it, especially considering its defensive purpose. The disassembly is quick and easy, using the same system as the rest of the P-220 series.

All variants of the new P-224 model only offer two trigger mechanisms. Classical SA/DA, but without manual hammer cocking and DAK (shorter, more effective and easier DAO trigger system). The gun has an excellent targeting profile, mainly thanks to its SIGLITE Night Sights (with tritium capsules). Shot groupings range from 45 to 65 mm at the distance of 27 yards, comparable with the full sized handguns. 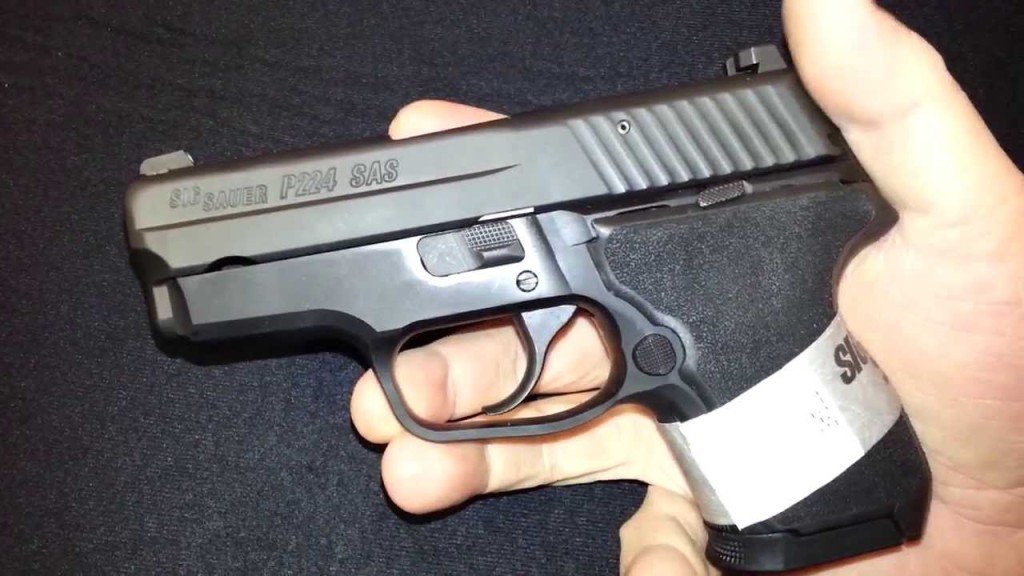 P-224 has exquisite balance, and excellent ergonomic shape. Its grip, however, is a bit too short, reducing the control. It is a flaw it shares with many other ultra-compact handguns. Still, slightly higher kick is a price these weapons have to pay for its size and calibre. It is best to keep in mind that this is a primarily a defensive weapon, to be used only in an emergency. It is definitely unsuitable for offensive or tactical purposes.

Still, this is an excellent, well made weapon, almost perfect for its intended use. Its only flaw could be its price of around 1,150 $ in the USA and 1,150 € in Europe.