The new Merkel RX Helix was designed as a revolutionary direct action hunting rifle. Now, after almost three years, this fine rifle has taken a high place on the hunting rifles’ market. We will explore the details of its operation and introduce the models and versions thatwere derived from the basic RX Helix design.

In the central Germany, in the Federal State of Thuringia, a region covered in dense primeval forests, four brothers founded a firearms manufacture Gebruder Merkel in a town of Suhl 1898. Albert, Oskar, Karl Paul and Gerhard Merkel decided to focus not on military, but on hunting rifles. Well-educated, professional and industrious, the Merkel brothers managed in a very short time to become synonymous with quality hunting rifles. They were the first ones to design an outstanding O/U shotgun with an ultra-strong quadruple lock which has remained one of the strongest break-action locks. That shotgun brought them the “Grand Prix” on the Paris World Exhibition in 1937.

After the World War 2, Suhl ended up in the Soviet occupation zone, but the communist planners knew too well what the name Gebruder Merkel means in the world of hunting weapons. As a part of Suhl machine industry complex called Veb Ernst ThalmannWerk, the manufacture of top class Merkel & Simson rifles was continued. Those rifles form East Germany, together with those from Tula MC, were the best and most wanted hunting pieces in the communist world. In 1953, the Soviet Prime Minister Nikita Khrushchev presented the US President Eisenhower with a luxury Merkel shotgun. That’s how these rifles made its way to the west. They were the first product of the Eastern Bloc that was regularly exported to the democratic West and the USA. 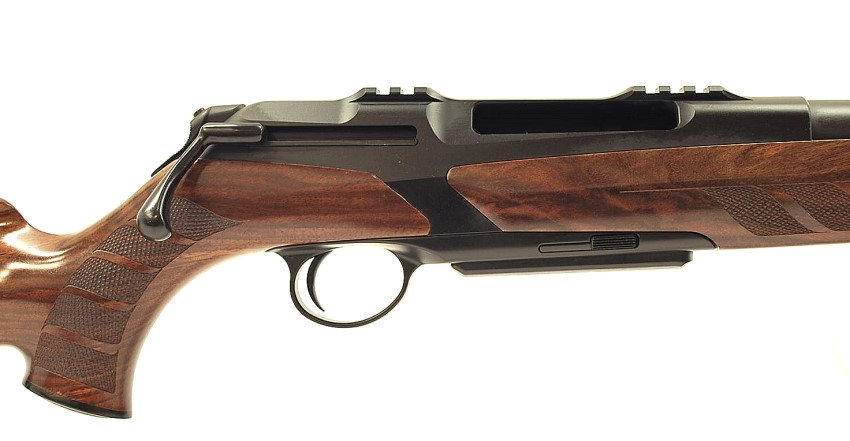 Still, that wouldn’t be the case if Merkel & Simson rifles weren’t top quality pieces. After the fall of the Berlin Wall, the Merkel factory was privatized, and after the financialturmoil, it was taken over by the Austrian factory Steyr, and renamed SuhlerJagd und Sportwaffen. The new lines were built and the production was modernized. Merkel produces excellent barrels for other companies like Italian Fabarm. After making regular orders of pistol and submachine gun barrels, the owners of the Emirates’ based company Karakal, decided to buy the factory.

The rifle from the title operates a system in which the bolt handle is pulled straight back and then returned forward. This system is called direct action, and was made famous by Blaser R93 and R8 rifles. Planning to retake a part of the market, Merkel engineers decided to upgrade their model with a gear transmission. Using a cogwheel and a rack with a complex set of helical teeth, Merkel designers managed to achieve a transmission ratio of 1:2. In other words, it means that pulling a bolt handle for 1 cm, moves the bolt 2 cm.

This ingenious solution made the cocking operation twice as shorter and twice as quicker. With the excellent ergonomic handle and a little practice, RX Helix can be compared to an autoloader. The follow up shots are quick, but without the gas cylinder, piston, O-rings, and, most importantly, the perforated barrel. When the rifle is fired, all the moving parts are still, regardless of the charge pressure. Merkel engineers executed all these tasks and details marvelously. The bolt handle slides back and forth effortlessly. The locking moment is clearly defined, and the handle travel is short even with the longest magnum calibers.

Since RX Helix is a modern rifle with interchangeable barrels, each caliber group has its bolt head. The interchangeability of the barrels is achieved by the fact that the bolt locks directly into the barrel, and not into the receiver. The interchangeable rotating bolt head features six locking lugs. One of them houses the extractor claw, and on the opposite side a round spring-loaded casing ejector. The bolt head is made of tough premium steel. The bolt and the bolt handle are not linked directly, but as we said earlier, by a helical transmission.

The operation is housed in the steel receiver, which has a machined optics rail on the upper part. The rail is profiled by Picatinny MIL. STD 1913. The Helix barrels are cold forged out of special barrel steel. The Germany Weapons Testing Institute has tormented these barrels and the barrel-bolt lock with 8,000 bar pressure, which is documented with a valid certificate. The barrels are made in three lengths, 510, 560 and 610 mm and with a selection of profiles, rounded or grooved. They can be delivered with iron sights with a bright red fiber optic front sight. 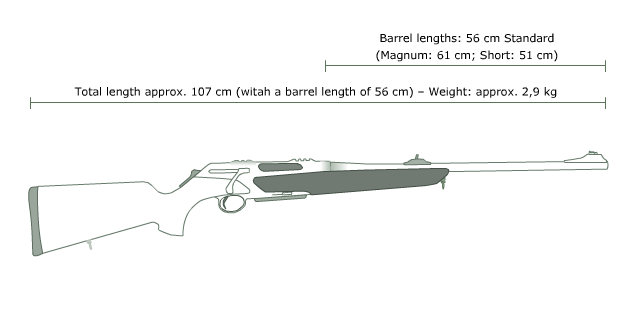 Besides the standard barrel weight, there is a semi weight barrel, which comes without iron sights and the heavy barrel with an optional gas brake with three side ports or a silencer. This detail points out the manufacturer’s intention to offer this rifle not only as a hunting weapon, but also for sporting long range or tactical purposes. This claim is supported by polymer or walnut stocks in various shapes, including the adjustable cheek rests and pistol grips with large thumb holes. For the most demanding and best paying customers, Merkel offers the model Noblesse, with a premium class walnut stock and ebony hand guard.

RX Helix features a manual cocking and decocking mechanism. Both actions are smooth and silent, with the effortless lever glide. The rifle cannot be fired if the bolt is not fully engaged into the barrel. Engineers in Merkel opted for a direct trigger with a 1 daN force of pull. The trigger operation is short and brisk. What separates this rifle from other Merkel products is the fact that the barrel can be taken down and replaced without any tools in a matter of seconds. This feature makes the maintenance much easier, while the rifle can be carried in a short rigid case. 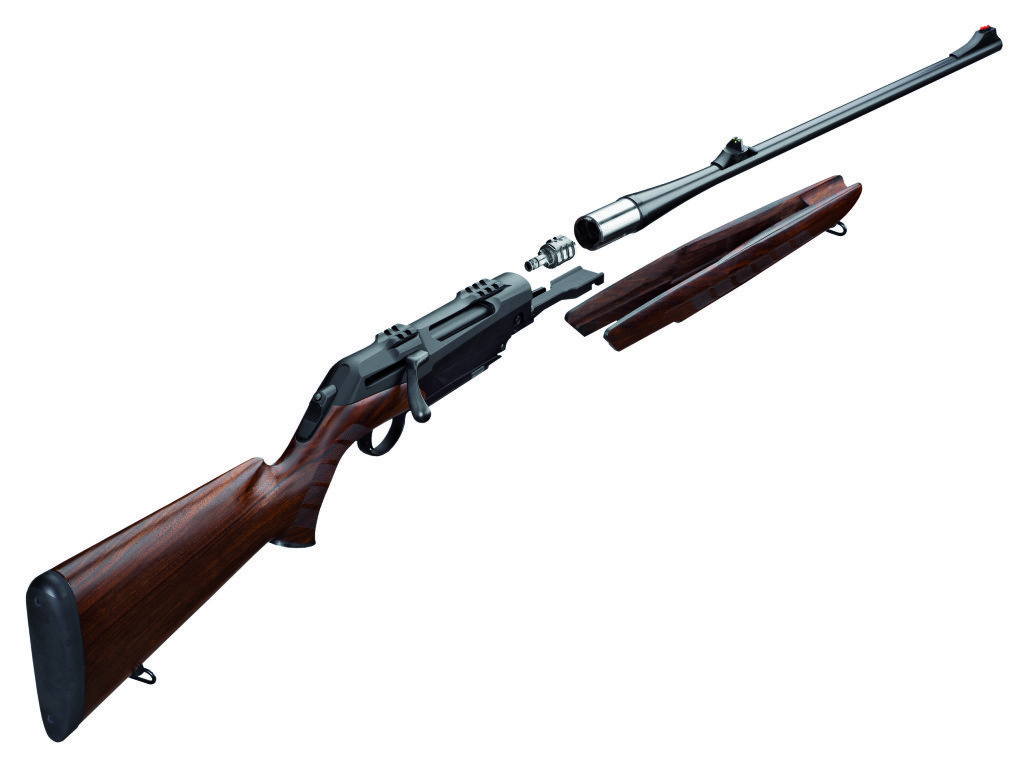 Besides the original detachable box magazine that holds 3+1 rounds, Helix can be delivered with 5-round magazines as well. The lower part of the magazine that protrudes from the receiver is protected with a black polymer bottom. All the stock models are offered in camo finish as well. The receiver can be engraved in several levels of luxury called Dubai Design, Paraforce Design and Ukraine Design. Merkel guarantees that taking down and replacing the barrel won’t alter the accuracy.