Since their introduction, mortars have been and remained a simple and inexpensive smoothbore, indirect fire artillery pieces, prized for their light weight for the amount of firepower. However  there is a unique weapon which sets a new milestone, placing itself between mortars and howitzers, while combining the best of both worlds. Today, it’s more popular than ever, and the Marines have adopted it as one of the three pillars of their fire support doctrine.

The most important feature of mortars is their small weight. For the infantry, it means that 50, 51, 60, 81 or 82 mm weapons can be transported along the battlefield by their crews. The first three are squad based weapons, while the last two calibers are used on the battalion level. Most of the mortars can be field-stripped and are transported in pieces. On the other hand, standard 120 mm mortars are a tougher nut to crack. They weigh several hundred kilograms, so they cannot be transported by hand, and require a 4×4 or an armored car for towing. When we talk about their effectiveness, we have to mention their operating principle. Mortars use high-elevation ballistic trajectories (angles over 45 degs). 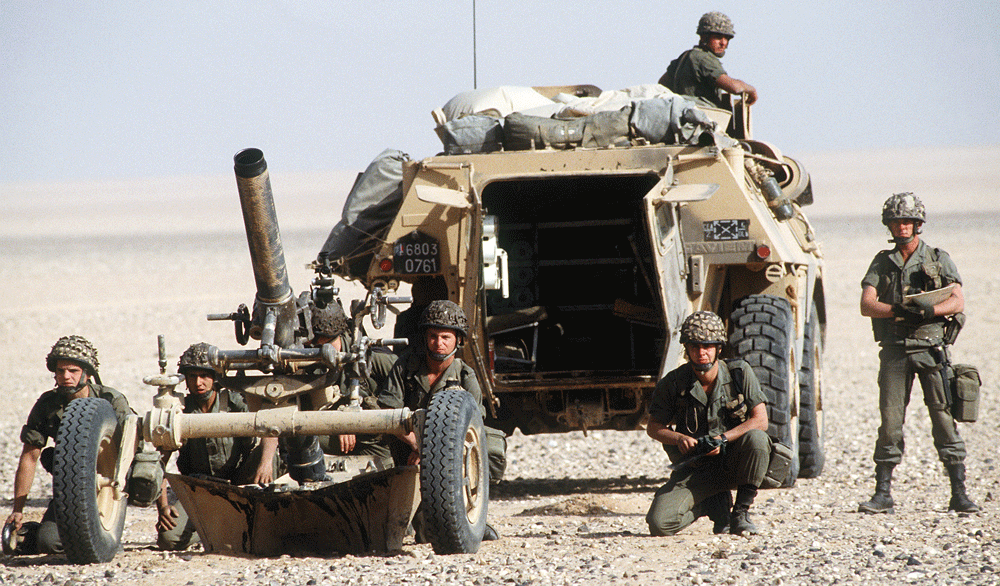 This feature has several advantages, for example, when compared to guns, which use low-elevation ballistic trajectories (angles under 45 degs). The first advantage is that mortar shells fall almost vertically, which makes for the perfect fragmentation pattern, much more efficient than when it falls in lower angles. The experts agree that the last generation 120 mm mortar shells are as effective as those fired from 155 mm howitzers, in the aspect of their killing radius. The 120 mm mortar shells are lighter, they need much less propellant charges, and can be fired from an altogether lighter weapon. The mortars are simply more economic.

There are some significant drawbacks, as well. The first one is the incomparably shorter range, while the second one is the greater circular error probable (CEP) for the given range, due to the mortars’ smoothbore barrel. The French defense industry, generally regarded very innovative and imaginative, have taken a different approach. The idea was simple – why shouldn’t we combine the rifled barrel of guns and howitzers with the basic mortar design? This idea was conceived back in the 60s and was embodied in the Thompson-Brandt MO-120-RT-61 mortar, which entered the service in 1973. 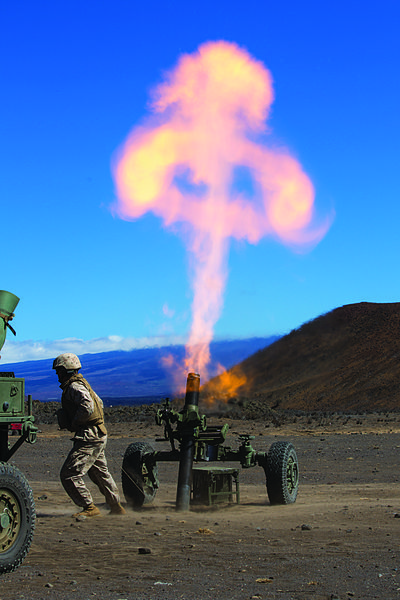 It had a rifled barrel longer than most of the 120 mm weapons – 2080 mm as opposed to the usual 1500-2000 mm. The rifled barrel, combined with the right ammunition, provides for the better sealing and greater yield of the propellant energy. Because of this, the rifled mortar has greater range than its counterparts. With the PR-14 shell, the maximum range is 8,100 m, while the smoothbore mortars fire up to 6,500 m with standard shells and 9,000 m with active-reactive shells. With the PRPA-14 active-reactive shells, MO-120-RT-61 has a remarkable maximum range of 13,000 m, which brings it to terms with 105 mm howitzers. With the development of the new active-reactive shell drawing to the end, the range of this impressive artillery piece is likely to be extended to 17,000 m, which beats the top-class 105 mm howitzers. On the other hand, the range of the modern smoothbore 120 mm mortars, such as Serbian-produced Krusik M95 Long Range Mortar, is on the terms with the older French model (13,000 m with the active-reactive shell). However, the general shortcoming of all smoothbore mortars is the precision, or the circular error probable. For example, Krusik M74, which has appeared at the same time as the MO-120-RT-61, has the deviation of range of 40 m and the deviation of azimuth of 12 m at the range of 5,374 m, which is more than the killing range of the shell. The MO-120-RT-61 performs significantly better, with the maximum deviation of 15 m, which is standard for howitzers! The excellent precision is also due to the external rifling, designed for better cooling of the barrel.

What makes the MO-120-RT-61 less popular than its counterparts in stats is the weight. The classic smoothbore mortars are relatively light, and when deployed weigh between 100 and 200 kg. On the other hand, if we take into account the weight which actually determines the towing options (the towed weight), and includes the carriage, the weight is doubled – in other words lighter than the MO-120-RT-61. The main reason is that the MO-120-RT-61 is deployed virtually straight from the towed configuration, so the weight is 582 kg in both cases. This mortar is attached to the tow vehicle directly by the muzzle, and the wheels are the integral part of the mortar. When the MO-120-RT-61 reaches its combat position, it is simply dismantled from the vehicle, the base plate is lowered to the ground and after the coordinates are set, the fire for effect may begin. Due to its relatively heavy weight when deployed, this mortar is highly stable when firing. This is another reason for its astonishing precision. The high precision is of needed when firing the specialized anti-armor PRAB shell. These shells have an unusually high content of explosive, even 4,2 kg which is the record for the 120 mm mortars. Such an amount of explosive is needed for attaining the high velocity of armor-piercing fragments. The fragments of the PRAB shell can penetrate 8-15 mm of armor at the distance of 5-10 m from the center of explosion. Although not enough for disabling a main battle tank, it will certainly damage their aiming devices, as well as other lightly armored vehicles.

Another drawback of a rifled mortar is the lower rate of fire, as the loader must align the indents of every shell with the groves inside the barrel. However  because of the significantly greater precision of this mortar, the actual rate of fire is of little importance. A well-trained crew four-numbered crew can fire 15-20 shells/minute, or 10-12 shells, over a longer period, so there is no actual difference between this and the smoothbore mortars. Thanks to the excellent results of the French soldiers, the efficiency of this weapon has been proven in combat, which has, on the other hand, contributed to the excellent export results.

The MO-120-RT-61 is so superior to its counterparts, that it’s really amazing that the concept of rifled mortars hasn’t gained more popularity. The current operators of this never-aging weapon are Bangladesh, Belgium, Brazil, Columbia, Cyprus, France, Germany, Italy, Japan Netherlands, Turkey and the USA. Among these are the countries, whose armed forces have used outstanding 105 mm howitzers, but have also adopted this unique mortar. The US Marine Corps has introduced the MO-120-RT-61 as the part of its EFSS (Expeditionary Fire Support System). The Marines have adopted these remarkable mortars as one of three pillars of fire support. The other two are the most advanced artillery pieces, such is the ultra-lightweight M777 gun-howitzer and HIMARS (High Mobility Artillery Rocket System) multi-barrel rocket launcher. 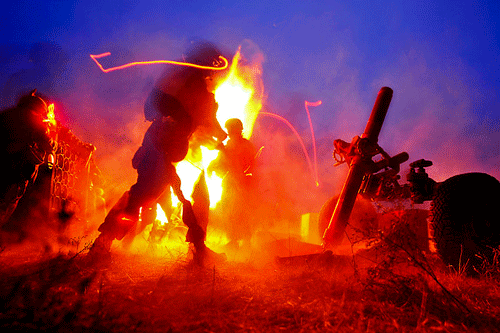 The Marine Corps’ decision to obtain the MO-120-RT-61 came as the result of the clash between the budget and the ambition. Once deciding that the Dragonfire I and II (Thomson Daimler Armaments – TDA) automatic mortars are too heavy and too expensive, the Marines opted for the proven and tested rifled mortar design – the MO-120-RT-61, albeit with a slightly slower rate of fire, but with an excellent precision and simple deployment.