If there is one weapon in the Bundeswehr arsenal that deserves to be labeled as a veteran, it’s definitely MG3. This machine gun is based on the legendary MG42, designed by engineer Dr Werner Gruner during the World War II. When the military of the post war West German Republic, Bundeswehr, was formed at the beginning of the cold war, everyone was convinced that they needed something like the good old MG42, which was unanimously praised as the best machine gun used during the WW II. In 1957, Rheinmetall started working on the new version of MG42, supposed to use NATO 7.62 mm caliber rounds, which was later named G42-58. The gun was being improved upon through the 1960s until the perfected model, MG3 was made. The gun was in production until 1979, not only for use by Bundeswehr military, but also for other NATO partners as well.

Bundeswehr still uses MG3 as a universal machine gun in all possible roles: handheld, with a bipod, mounted on armored vehicles, military navy machine gun (for defense against fast torpedo boats), and in remotely controlled battle stations. However, despite the proven solutions, field units kept sending suggestions for minor improvements. The suggestions were gathered, and based on them, a project revolving around improving its combat properties was started – the MG3 KWS project. The project is collaboration between the Frankfurt based Tactics Group, Bernard Dietrich, weapons manufacturer and the Combat Platform Service department of Rheinmetall, the company that made MG3. The project includes two model kits. The first kit is supposed to modernize the weapon, and it mostly includes additional parts, while the other one is meant to provide users with a way to make technical alterations on the safety and cadence (firing speed) systems. In todays, fairly complex combat conditions, units have to perform several simultaneous tasks: provide humanitarian aid, undertake stabilization actions, as well as take part in skirmishes. The success and failure in these fields are largely based on the ability to timely discover, identify and suppress danger. Due to these particular conditions, and thanks to the rapid technological advance, modern weapons are getting smaller and lighter, but still more powerful optics. 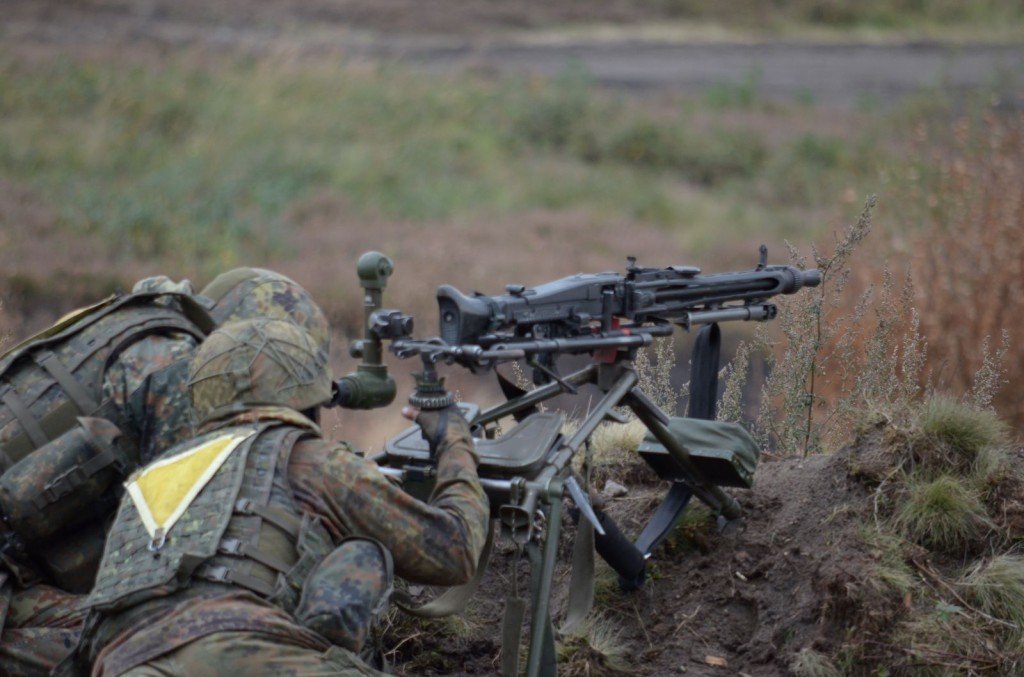 This is why it is no surprise that the polished MG3 is coming with the option of using different optic systems. As effective as the gun is in combat, its 12 kg still make it a bit tricky for carrying around on your shoulder. Nobody knows this better than people who had to endure marches with the gun strapped on to them. This is why improvements have been made in this area as well, and the gun was equipped with a practical handle. The handle is mobile and can be adjusted to the gunner’s specific needs. The same goes for the stock, which can be adjusted both according to height and length, so the gunner can find an optimal position. The stock is also equipped with a vertical support, also heights adjustable, that should help significantly increase the accuracy of the weapon. Zentauron company developed a new nylon sling which make it easier to carry the weapon around. All in all, gunners of today will have a much easier task than their predecessors did. 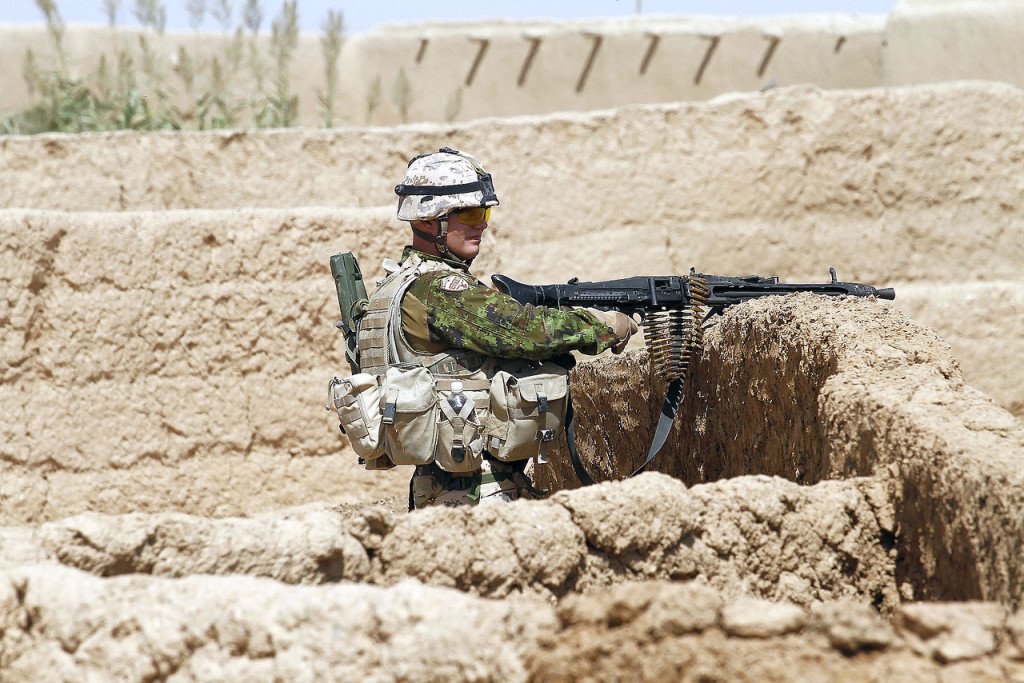 As far as the bipod goes, it has a 10 cm walk, and it’s nothing new, it has stayed the same as it was during the WW II, because as Stefan Nowak, business executive of Tactics Group said – We don’t have to keep reinventing the wheel every time.

An Addition to Sniper Rifles

Apart from the standard black finish, modernized MG3 is also available in other colors. One of the known variants is the so called arid or desert color. It actually includes a layer of light ochre ceramic protection, called RAL 8000. Despite the redesign and different additions, the new MG3 can still be mounted on all the existing bipods. The gun weighs just under 13 kg on its own, which makes it heavier than the old model, but as Nowak claims, the ergonomic changes should make this weight difference imperceptible. The only thing that wasn’t changed is the weapon’s basic mechanism. This is not surprising, as no changes were really needed. The cadence was lowered from the original 1,500 bullets per minute that MG42 could boast to 1,200. 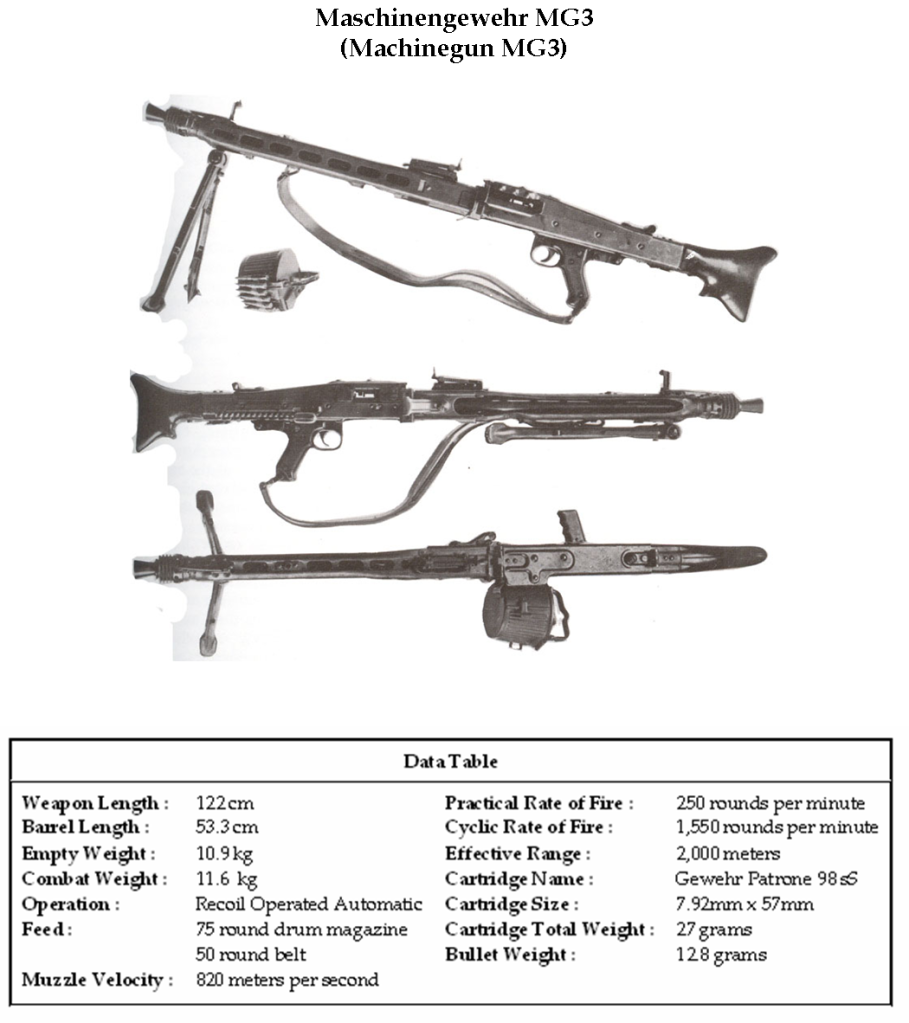 Rheinmetall and Tactics group are considering the introduction of the adjustable cadence, since 600 to 800 bullets per minute would be enough for infantry use, while you could set it to higher values for mounted use. Some changes on the safety are also planned. Instead of a safety button, MG3 might sport the lever that automatic rifles use, and to which the soldiers are already accustomed. This would allow them to activate the safety at any moment and allow for reloading. Electronic shots counter has also been considered, as it would allow for the tracking of barrel strain and other pertinent info. Manufacturers also considered introducing a selective firing mode based on the length of the trigger pull, short pull – single fire mode, longer pull – automatic fire. The main advantage lies in the fact that single fire is not as easy to detect, and besides, with the scopes as powerful as the MG3 has at its disposal, it could even double as a sniper rifle.