A relatively unknown American company “DRD Tactical” has recently launched a new unusual assault rifle design, called P762 Gen2. The rifle construction raised interest among users of other similar rifles. Chambered for 7.62×51 NATO and limited to single fire, the whole system can be broken for transport and it can be put together in less than a minute. The idea was to create a high-powered and accurate rifle which could be held closely at hand in a bag, even a briefcase, and deliver supporting firepower in the time of need. The target users are the military or law enforcement who need to conceal their identity until engagement, but also plain clothes officers guarding VIPs and buildings. The rifle’s name Paratus means “ready” in Latin, which further indicates its use.

The rifle was designed in 2011 by the famous gun designer Skip Patel in association with US JSOCOM (Joint Special Operations Command) which requested for a clandestine breakdown sniper system. This gifted engineer with loads of experience has previously worked on a row of modular systems based on AR-15/M16. In the meantime, Skip founded his own company “DRD Tactical” which hit the markets with a complete line of assault rifles and carbines, clones of AR-15/M16 and AR-10, but also the models which resulted from his cooperation with “FN Browning”.

One of those “new” systems is the Paratus P762 Gen2 rifle which looks like an AR-15/M16 and FN SCAR meld. It was fully developed in 2012 and released into production, but not a single military or law enforcement unit in the USA has adopted it yet. 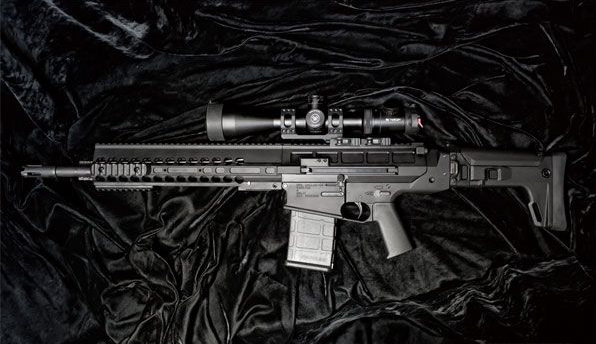 Paratus P762 Gen2 uses the standard gas operation with direct impingement, copied from Stoner’s AR-15/M16. The rotating bolt head has seven radial locking lugs which guarantee extreme precision. The rifle caliber is 7.62×51 NATO. The receiver is made of aluminum alloy with a plastic stock. The barrel is forged and chrome plated, 406 mm long with four grooves with the right turn rate of 1:304.8 mm, and is manufactured by “Lothar Walther”. The barrel ends in an efficient twin chamber muzzle brake which significantly reduces the recoil.

With fully extended stock, which has six length settings, and the comfortable cheek rest, slip-resistant Magpul MOE rubber butt, the rifle is 890 mm long and weighs only 4.2 kg. The two-piece receiver design is borrowed from FN SCAR. Even the bolt carrier and the bolt itself are almost identical to those on FN SCAR.

The barrel shroud is made in one piece, and is mounted over the barrel, locking into the receiver with safety located on the lower back side. And that’s all it takes. The shroud is made of the same aluminum alloy as the receiver and is designed similarly to the newer barrel shrouds for M4 carbines. It has Picatinny rails on all four sides to accommodate every possible tactical attachment (laser sights, flashlights, IR illuminators, vertical forward grips, etc.). The shroud is perforated on both sides in order to provide better cooling of the barrel. 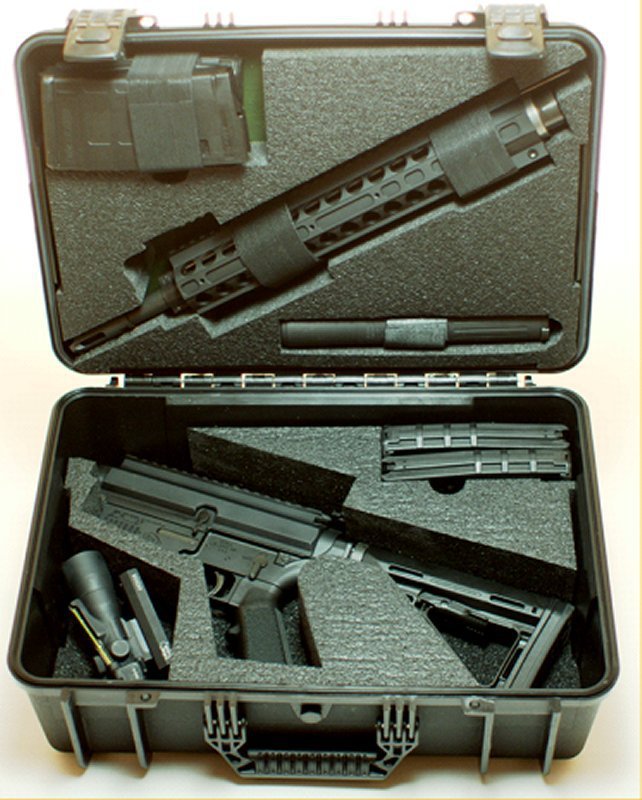 The upper receiver houses another Mil. Std. 1913 Picatinny rail with a set of outstanding Magpul folding irons sights. A separate piece of the rail enables the scope to remain mounted after the rifle is broken for transport. Paratus is fed with standard 20-round plastic box magazines. The magazine release is located in front of the index finger, when pointing forward. The cocking handle is forward on the left side, on the upper receiver. The bolt release lever is on the left.

The top quality steel mechanism is machined with stunning precision. The outer surfaces are protected with powdercoating, increasing the overall reliability. The two-stage trigger action is short and brusque with the force of pull of 2,600 daN.

DRD Paratus is a reliable and accurate rifle. Paired with a scope and match-grade ammunition, it easily achieves 35-55 mm groups and 100 yards, which is on par with semi-auto sniper rifles. For a multi-purpose battle rifle, this is more than enough. Well-built and undemanding, with simple design, this rifle definitely deserves more attention. On the other hand, its price of $3,600-6,000 may force the potential users to look elsewhere.