Home » Colt SCW: A Trailblazer for the Seals

Colt SCW: A Trailblazer for the Seals

Among military and police users, the improved compact versions od the M16 assault rifles chambered in 5.56×45 NATO (.223 Remington) are more popular than ever. Three years ago, the lead manufacturer of these weapons, the American company “Colt Defense LLC“, based in Hartford, has announced and presented a new version of the M4 Carbine, designated SCW (Sub Compact Weapon). It is the smallest version of this legendary rifle. Besides its small size, this carbine features some ingenious improvements, which not only make it interesting, but also gives a new direction for the further development of all other models based on the M16. These innovations came as a surprise, especially because “Colt“ had been considered as completely inert and unimaginative for years, not only regarding the M16 variants, but its complete array of firearms.

This weapon is designed as the personal defense weapon for the non-combat units, for the close quarters combat (CQB) and the breach-in teams. Despite being shortened to the maximum, it is a modern and versatile rifle which has kept all the good traits of the basic model, with improved ergonomics and reliability. As the other models, the Colt SCW has a straight line construction, made of aluminum alloy and plastic. The caliber is standard 5.56×45 NATO.

The Colt SCW comes in two barrel configurations, a cold forged or drawn, both chrome plated on the inside. As with the Colt M4A4 Commando, (but also the Mk18 Mod 1, which was designed especially for the Navy Seals) the barrel is only 263 mm long, with six right turn grooves at 1:178 and the predicted barrel life of 15,000 rounds. The barrel is fitted with the new, more efficient flash suppressor, with the cross-cut openings, which reduces the total length of the weapon. 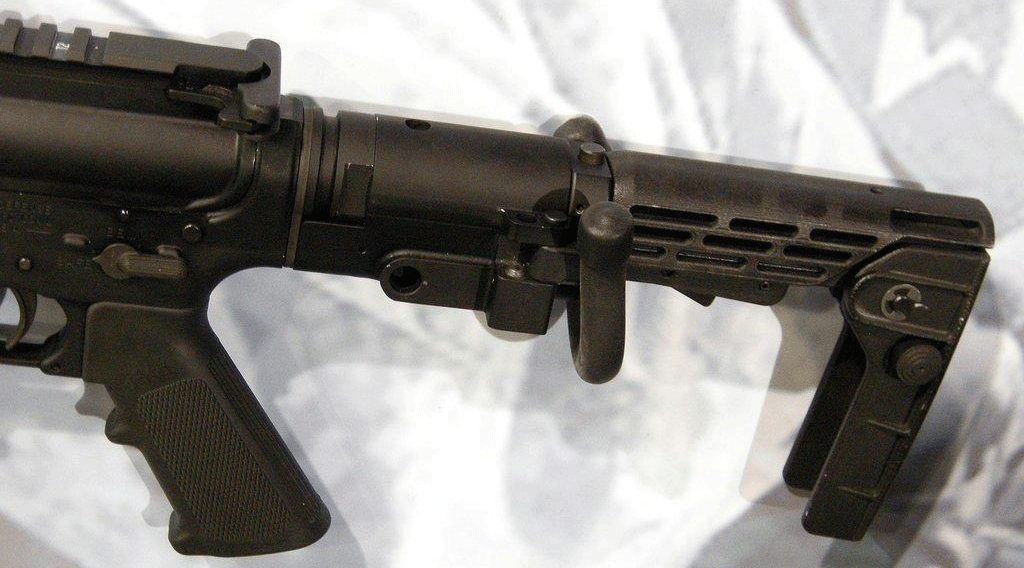 This carbine is 580 mm long, that is 768 mm with the stock extended and weighs only 2,980 g. The mechanism parts are machined out of the first-grade steel, with excellent precision and nitro-coated for the wear resistance, which greatly improves the operation and overall reliability. Due to the infamous jamming problems in the rough field conditions, the users may choose between two operating systems. For the first time, the “Colt“ carbines feature the U-DGI ( Upgraded Direct Gas Impingement System), or the more reliable CPS (Colt Piston System). They are even developing the third alternative, the hybrid AHS (Advanced Hybrid System).

The receiver has two parts, and together with the pistol grip is made of aircraft-grade aluminum alloy 7075-T6. The whole upper part of the receiver is machined from a single piece, together with the hand guard, which houses four MIL-STD 1913 Picatinny rails. The upper rail follows the whole length of the receiver and extends to the end of the hand guard, allowing for every possible attachment and sights configuration  This rail houses the auxiliary folding iron sights. The rear sight is calibrated for the range of 600 m, which is way over the maximum effective range for this weapon. On request, the front sight can be made of titanium alloy, which is a much lighter, but unnecessarily expensive option. 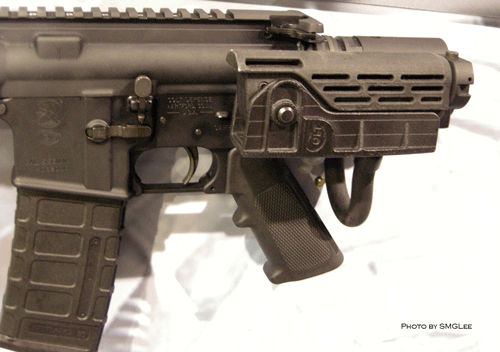 The lower part of the receiver has the redesigned ejection port and the magazine well, located in front of the trigger guard and the pistol grip. However, the most important improvement is the redesigned recoil spring housing, with the shortened guide and new, short spring. The short spring has made possible that for the first time, a AR-15/M16 based weapon can have a real collapsible stock. The new stock is telescopic, made of plastic, has four positions, but it also folds on the left side. This solution provides the reduced size for carrying, as well as completely adaptable and strong stock for the most demanding combat situations.

The carbine is fed by standard 20 or 30-round box magazines, but the SCW was also tested with new “Surefire“ magazines, which are wider at the lower part and hold 60 or 100 rounds. The new magazines have performed exceptionally well, and will certainly become a popular upgrade to this compact but deadly weapon.

The designs based on the M16 have been praised for their remarkable ergonomics. The SCW has an ambidextrous mag release button, set in front of the trigger guard. The safety lever is also ambidextrous  with three positions (safe, semi and full auto), located above the pistol grip, within the reach of a thumb. With the commands like this, and the other improvements, the SCW is without any doubt the best M16-based carbine currently on the market.

On the tests performed by the manufacturer the SCW has shown its functionality and reliability. Of course, such a compact carbine is effective only within a 100 meters in semi mode, and up to 20 meters in full auto mode. Any range beyond that is simply a waste of ammo. On the other hand, the miniature dimensions of this carbine are the weakest aspect of this weapon-round system. Because, with the standard .223 Remington, that is 5.56×45 NATO, it has barely enough energy potential to be considered a primary weapon. 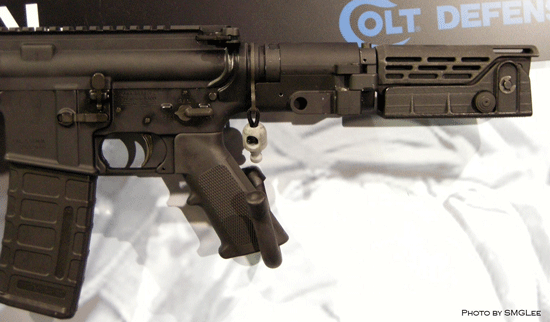 On the paper, the standard round fired from this carbine has the initial velocity of 740 m/s, and the initial kinetic energy E0 = 1,245 J (which is enough for effective use over 100 m). However, in reality, the small bore M-193 FMJ round which weighs only 3.56 g has less lethal potential even than 9×19 Para (fired from much more compact H&K MP5 submachine gun). The SCW simply misses the main advantage of the 5.56×45 NATO round, when fired from the long, 508 mm barrel at 970 m/s – its devastating hydro-dynamic terminal shock. On the other hand, there is a deafening blast and a blinding flash, which make its use not so pleasant experience. However, because of the US Army logistics and standardized calibers, the development of a weapon like this is justified. Put it simple, the Colt SCW is a highly specialized and ultra-compact main weapon, designed for the roles where the top effectiveness is not the first priority.

Despite the unclear justification of ultra-compact carbines such is the SCW, the improvements performed by ”Colt” can be applied on other models developed from the M16 family. In a matter of time, they will be standard for the whole line of products. We must admit that ”Colt” has sprung up and made a big push, putting forward brand new ideas, while upgrading and modernizing a truly amazing and legendary rifle. The SCW is a true American trailblazer.
Images with courtesy of www.defensereview.com.