Army Ranger Wing of the Republic of Ireland Military Forces

The purity of our hearts, the strength of our limbs and the commitment to our promise. This is the motto of the Army Ranger Wing and it is inscribed on their flag. The words are taken from an old Irish Fianna poem (Fianna – groups made out of six legendary Irish warrior-hunters) and they are used to keep the link with the past alive. In Irish, the unit is called Sciathan Fianoglach an Airm, which is translated as Army Ranger Wing. There is no word in English to accurately translate the Irish term Fianoglach, the word ‘ranger’ is just the best approximation. The word merges the tradition of Na Fianna (legendary Irish warriors) with the Irish army of today, or rather, its defense forces (Oglaigh na Eireann). The active members of the unit who have finished the training and selection bear the Fianoglach insignia on their shoulders, as a mark of recognition and belonging to this elite squad.

The Beginnings in Fort Benning

Near the end of the 1960s, a select group of members of the Irish Defense Forces was sent to train in the United States Army Ranger School in Fort Benning, Georgia. Once they came back to Ireland, they started a training center similar to the one they attended in the U.S. Their center was significantly smaller; however, it had the same purpose and dealt with similar tactics. Students were chosen from different units of the Irish Army Forces. It turned out that the center was very effective when it came to improving the standards of physical preparedness, sharpshooting, individual military skills and small unit tactics. The great results that the school achieved led to the forming of the Ranger unit as a part of the land forces, which was officially founded in March 1980. The unit is stationed in the Curragh Camp, County Kildare.

Even though they are a part of the military, ARW are the most important Irish hostage situations unit, and they have jurisdiction over the Emergency Response Unit in that kind of tasks. Even though these two units train together and cooperate closely, they have different roles and jurisdictions. ERU is a specialist unit armed with firearms and break-in equipment, which acts as a part of Irish police forces, known as Garda Siochana (which means peace keepers), who are usually unarmed. That’s why ERU, with their arsenal and vehicles, often assists other units of the Garda (police forces) in situations where criminals are expected to use firearms. This includes armed robberies, drug dealers arrests, dealing with criminal organizations, kidnapers, and so on. ERU is not to be confused with another police forces unit – SDU (Special Detective Unit), which primarily deals with investigation, and even though its members do carry firearms, they are not involved in interventions, unlike ERU.

ARW trains and cooperates with other units, such as Rangers of the 75th regiment of the U.S. military, British, Australian and New Zealand SAS, French GIGN, German GSG9, Netherlands commandos KCT (Korps CommandoTroepen) and Swedish special forces, SSG. They are the basic intervention unit in hostage situations, while ERU only acts as support.

Every year, ARW conducts a four week selective training, attended by members of the military, regardless of their rank. The main conditions are that the trainee is of good health, that they have a recommendation from their unit, and that they have successfully completed the test of psychophysical abilities. There are no strict age restrictions, and physical preparedness, psychic stability, intelligence, level of training, skill in handling firearms, accuracy and combat experience are valued above anything else. There are usually 40 to 80 candidates each year, but after the four weeks selective training, less than 15% of them remain.

Long Dying in a Single Day

Candidates are exposed to different drills meant to determine their endurance, level of motivation, persistence, team work capabilities, level of discipline, as well as drills in water, on the obstacle course, those involving orientation skills, and combat running on a 5 mile track. During this period, the candidates averagely have only 5 hours to sleep and rest, and they are constantly exposed to both the psychological pressure coming from the drill sergeants, and to physical strains of the course itself. That’s why this part of the selection is known as ‘long dying in a single day’. If a candidate successfully completes only three out of nine tests, he won’t qualify for the next phase of the selective training, and he returns to his base unit. They still have two attempts at completing the training and join the Rangers. Many of them do try it for the second or third time, but only a few of them actually manage to qualify. 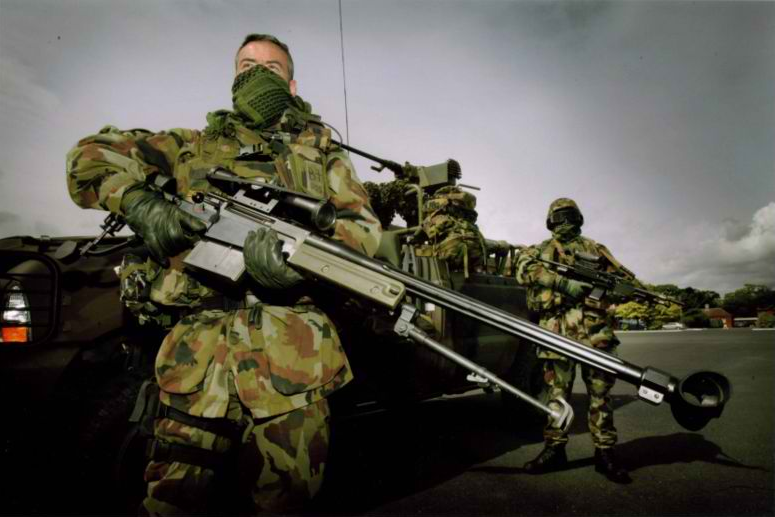 The third and fourth week of the training are focused on long-range reconnaissance, i.e. tactics of recon patrols behind enemy lines. In order to survive in a hostile environment and to complete the tasks, candidates are educated on recon patrol tactics, camouflage, shelter, camp and lookout construction, on how to approach the recon object without being detected, how to set up an ambush, survive in nature, handle the recon equipment and avoid capture.

The training culminates in an exhausting 27 miles orientation march in a mountainous region, that has a time limit. The candidates that do manage to complete the training are presented with a Fianoglach emblem for their uniform. Selection is performed by instructors who spent the entire training with the candidates, tracked their progress in drills and tests, monitored their behavior and results, and took note of strengths and weaknesses of each candidate. At the end of the training, they form a committee in order to decide which candidates are to be accepted and which of them have failed the training. The best candidates are accepted, in the accordance with the number of vacant positions in the unit. Averagely, officers spend three to four years in ARW, after which they return to their base units, that end up enriched with the knowledge and experience of the returning member. 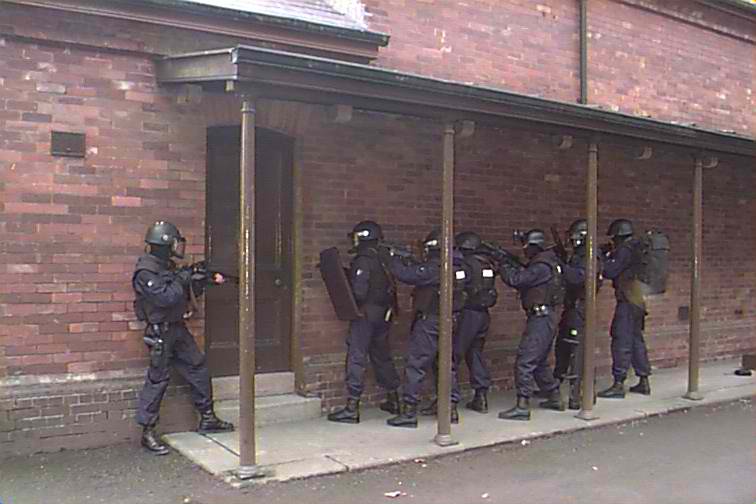 Candidates in training have to successfully complete the following tests and assessments: climbing down a cliff with a rope – which is an assessment of candidate’s height operations comfort levels; jumping off a bridge into a river – assessing their confidence in water and swimming skills; crossing the river with improvised means – assessing their teamwork abilities; claustrophobia – testing the candidate’s ability to work with equipment in confined spaces; gym tests – assessing their endurance and strength; running 6 miles in predetermined time – assessing cardiovascular endurance; mountain marches – testing their endurance in uphill marches with a medium load; mountain running – assessing the strength and endurance with a light load; forced march in nature – assessing the strength and endurance with a 30 lbs load; forced march on a road – a group test that determines the candidate’s ability to withstand psychological pressure on a 25 mile track with a time limit and medium weight; road march –  a group test that assesses the strength and endurance with a medium load. It’s important to note that the same tests are taken by soldiers of all ranks. During these weeks ranks don’t matter, the basic abilities of the candidates and their results are all that counts. 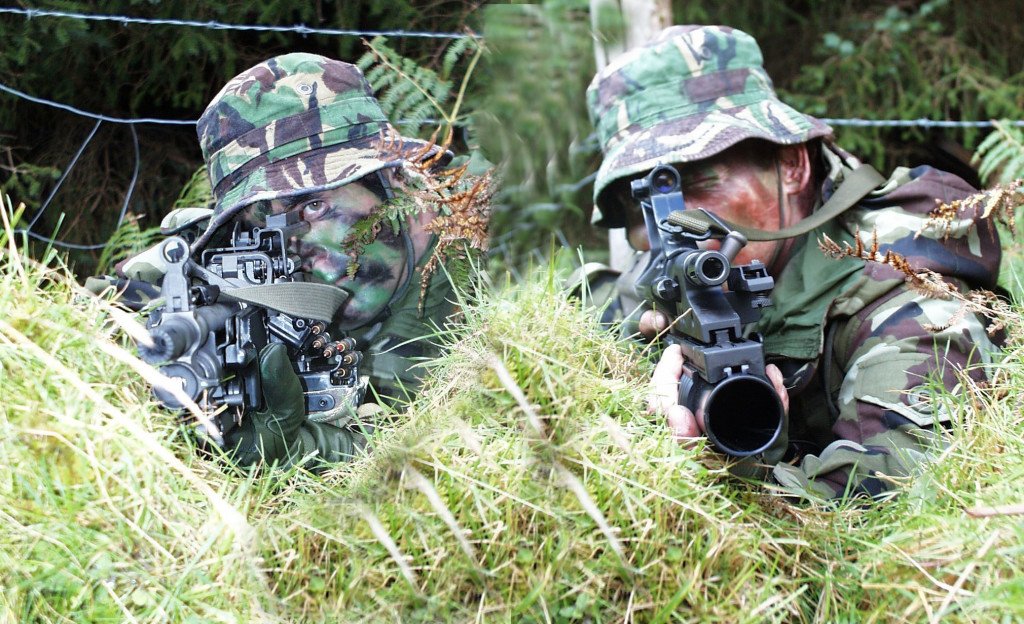 Just like in other, similar units, in order to achieve full membership, candidates still have a long way ahead of them. During the next six months they have to complete the basic training, the so called basic skills training, which is also eliminatory and during which they are meant to wear their black rooky berets. The focus is on combat shooting, orientation marches, as well as on those tactics and actions that they need to become fully integrated into the unit. Only after the completion of this training, the successful candidates can wear the coveted green beret with ARW markings. The basic skills include: daily physical training, advanced firearms shooting techniques in accordance with ARW standards, long range recon and patrolling – survival techniques and moving on difficult terrains; close combat techniques and hostage rescue. ARW built training objects, including kill house, training ranges, shooting rings, and different urban settings. The entire complex is known as Tac Town.

After the basic training, the candidates move on to the specialist stage where they are trained in chopper actions and fast climbing down the rope using the fast rope technique, piloting boats, sniper tactics, combat diving, handling explosives, VIP protection, parachuting, providing medical assistance, and advanced navigation. ARW has the support of other military units in their training and in performing their tasks: the Air force makes their planes and choppers available, the Navy their patrol and speed boats  as well as submarines, while the land forces are always ready to lend their vehicles and weapons. This aid allows the ARW to operate in all environments, on land, water and in air, which is a mark of a true special ops unit. The training is also conducted on oil and gas rigs near the Irish coast in Atlantic, but also in remote mountainous rural regions and in urban environments.

The basic parachute training involves five jumps from the heights of 3600 feet to 4500, and if the candidates complete it successfully, they are allowed to wear parachute wings emblem on their uniform. The candidates that excel are relegated to the advanced phase of the training in free fall, and those that achieve outstanding levels advance to special parachute training that, partially, takes place abroad, and that includes HALO and HAHO techniques. They also take part in skydiving competitions in target skydiving and relative work. The quality of their work is best represented by the fact that ARW members are regularly representing the Irish military in the World Military Parachuting Championship organized by CISM (Conseil International du Sport Militaire)

One of the primary skills of the ARW is sniper training, which most of the members of the unit are required to complete. This allows a decent level of flexibility to the unit. All potential snipers complete the seven weeks course that teaches them the secrets of sniper skill – shooting techniques, ballistics, actions on various terrains, construction of the optical scope, camouflage, orientation… 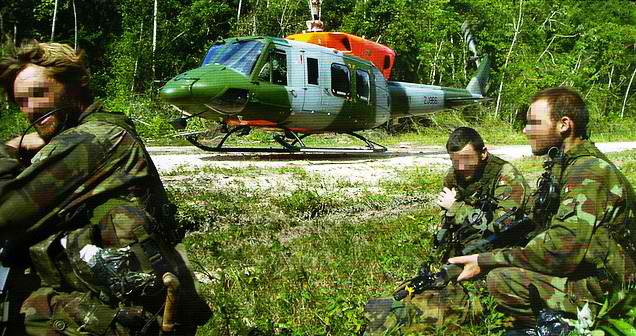 All these tactics and actions have been tested in numerous real situations and peace missions all around the word that ARW took part in, including those with INTERFET in East Timor, UNMIL in Liberia, UNSOM in Somalia, UNFICYP in Cyprus and many other. Different missions in different parts of the world with different climate and terrain, however, ARW was always up to the task.