Probably one of the most hotly contested topics of debate for many semiautomatic rifle owners is which is better, the AR15 rifle or the AK-47. 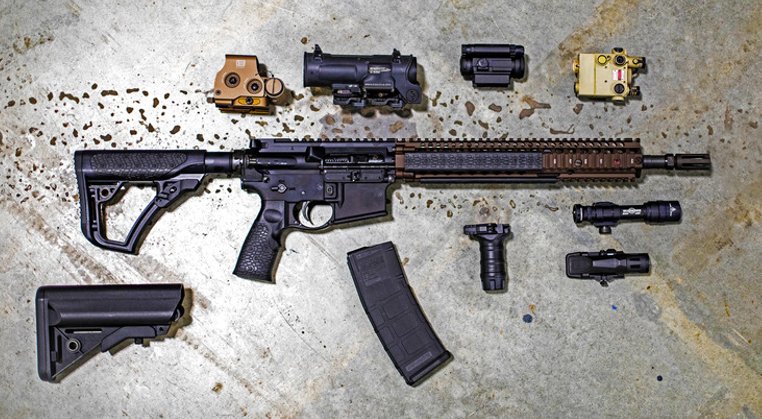 For the builder, putting together an AK-47 is a little more complex than installing a match-grade barrel into the upper receiver of an AR15, but you can accomplish it if you’ve got the patience, a bit more budget, and the skill.

Aside from the most obvious fact that an AK-47 or Avtomat Kalashnikova fires the larger caliber 7.62x39mm round, which in and of itself scores a point on the plus side, there are a few more comparisons and differences you may want to think about before ordering a kit or fully assembled AK-47.

Start With the Build

Even with a kit, putting together a fully functioning AK-47 is difficult, but it is doable. However, keep this in mind. Building an AK-47 requires a unique set of tools and more than passing grade knowledge on usage of these tools. 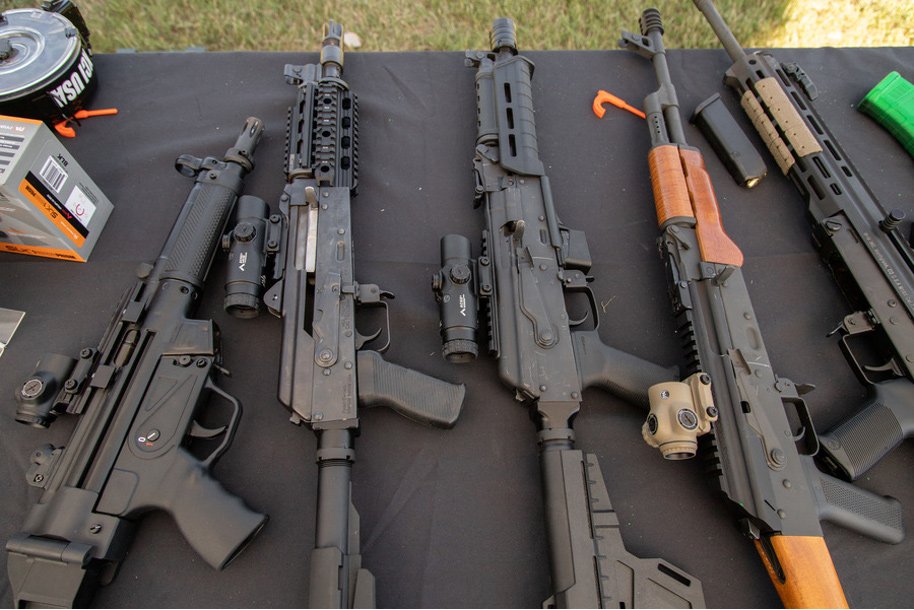 If you’re into making your rifles and want to try your hand at a Kalashnikova, prepare to spend a little more and throw out most of what you’ve learned building AR-15s. Even if you’ve been building AR15s for years, the first venture into a world of an AK-47 build may end up not being your cup of tea.

Many rifle enthusiasts will readily admit that ammunition fired from an AK-47 possesses more stopping power than most rounds from an AR15. The AK-47 traditionally fires a 7.62x39mm round which many experts in the field agree offers more terminal velocity than the .223 or 5.56 NATO rounds fired in an AR15.

It then becomes a trade-off as to whether you want to start tapping that target from a safe distance and continue to hit it until it goes down or wait until the threat gets close enough for you to do some real damage.

Another difference that matters most is that the AK-47 weighs almost two pounds heavier than most traditional AR15 rifles on the market.

While you may not think a couple of pounds matters, in the long run, anyone who has suffered a twenty-mile hike with almost one hundred pounds of equipment and ammunition strapped to their backs will tell a different story.

Admittedly, an AR15 can take its share of beating and still provide flawless dependability, but when it comes to rough and tumble, the AK-47 is a beast. While the AR-15 does beat out the AK in terms of reliability if you maintain it properly, a well-made AK can generally last longer with less maintenance. This is a hotly debated topic that everyone will have their own opinions on. It basically comes down to how well the rifle is made and how well you take care of it.

Not only does the AK-47 not require periodic cleaning, but it can be dropped in thick gobs of mud, entirely submerged in water, covered in gobs of dirt and sand, endure extreme bouts of cold weather and still fire and continue to fire when necessary. 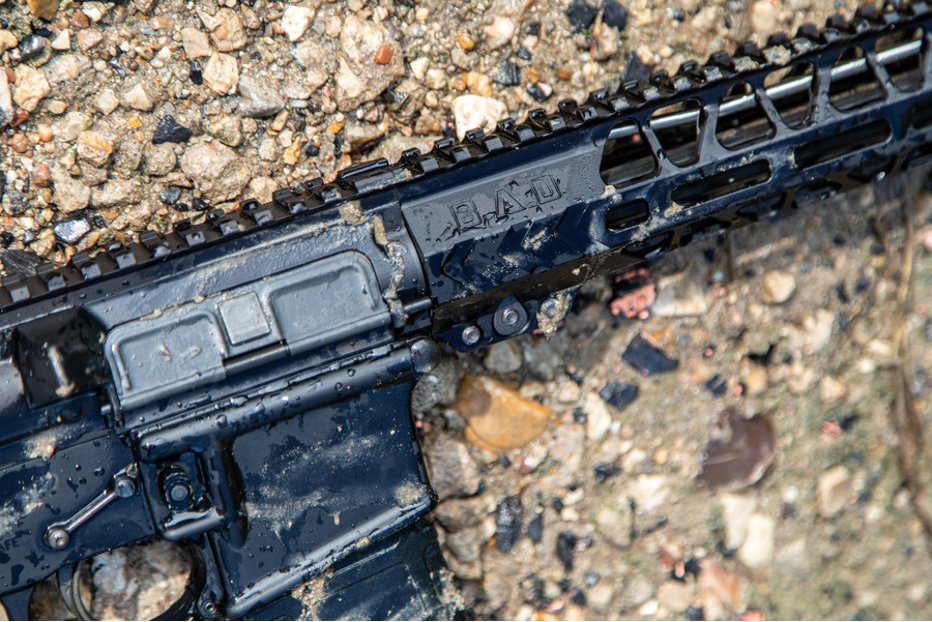 With advancements in technology, field stripping an AR15 is quick and easy. The same state applies to the AK-47, so it’s a draw when servicing either rifle.

Today’s market is full of budget build AR15, with many wholly assembled rifles falling under the eight-hundred-dollar range. A fully assembled AK-47 typically sells for about seven hundred dollars.

Because of the popularity of the AR-15, it is much easier to get at a cheaper price than most imported AKs. While some American AKs are available, they can tend to be a bit more expensive.

Another inexpensive feature about an AK-47 is, surprisingly, the ammunition. 7.62 39mm rounds that an AK-47 gobbles up and spits out are much cheaper than 5.56 or .223 caliber ammunition fired in a traditional AR15.

Which is Better at Longer Ranges

Try as it may, the AK-47 draws the short stick when it comes to hitting a target at six hundred yards. Unfortunately, the pendulum swings the other way when firing an AK-47 at targets greater than three or four hundred yards away, whereas an AR15 is quite effective at ranges at least two hundred yards beyond that. 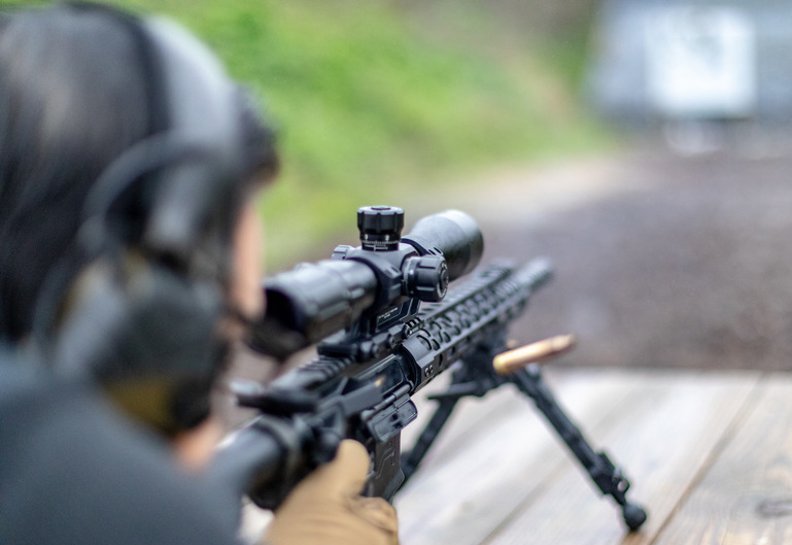 While a well-made AK can be just as accurate as an AR, out-of-the-box performance for even a cheap AR typically surpasses that of an AK-47.

Although the shooter also determines accuracy by its definition, and an expert sharpshooter may be able to place a shot where intended, the AK-47 has limited capabilities at longer ranges. When it comes to hitting a target consistently at over four hundred yards, even the best shooter will struggle with an AK47.

The Differences in Cyclic Rate

One of the differences between the AK47 and a modern-day AR15 is that the AK47 has a far slower cyclic rate. For many AR15 owners who need the instant gratification of emptying a fully loaded mag in a few seconds, the much slower cycle of firing an AK47 is a noticeable difference.

However, firing an AR15 in a standard semiautomatic configuration discharges eight to nine hundred rounds per minute or thirteen to fifteen rounds per second.

There’s plenty to be said about taking a weapon designed in 1949 and firing it at the range. Yes, the firing cycle may be quirky compared to the flawless feed of your AR15 but think about this.

You’re holding gun manufacturing history in your hands. Instantly recognizable, the AK47 is probably one of the best-known semiautomatic rifles in the world. Even today, several countries equip their armies with modern versions of this rifle.

Like that last AR15 you built and keep in your gun case, an AK47 can take up residence right alongside it. The similarities make both the AR15 and AK47 a fantastic choice of semiautomatic rifles, and their differences are what helps you compliment the beginning of a great collection.